During his first session he’s offered the opportunity to taste Sauvignon Blanc, Chardonnay, Cabernet and Syrah as these grapes grow everywhere with bottles in the $15-$25 price range. She shared the thought that it’s better to taste wine in the morning as your palate is fresh, probably true but I’m not much for Cab before 11.

In response to the samples his reaction was “…there is good and bad wine and red and white and allegedly rose”. He noted his mother hates Rose’ so he’s never tried it and he also avoids sparkling wine, “on account of the bubbles.” Magna What? 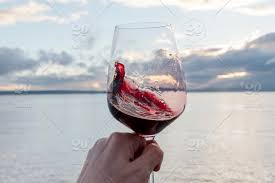 He’s instructed to hold his glass by the stem so he can swirl the wine releasing aromatic compounds called esters – some people think this is just for show and of course she asked him what he smelled, his reply…wait for it, is wine.

He recognized Sancerre (French Sauvignon Blanc) not by taste but as the wine his mother drinks, he also thought red wine was more complex, which is correct and is the result of the fact that there are more compounds, especially tannin, in red wines.

He learns that Pinot Noir, with its softer tannins, acts as a bridge between white and red wines especially Cabernet, Zinfandel, and Syrah, but you knew that…

When told the next session would involve a visit with a sommelier at a restaurant our student states that he, “…doesn’t like talking to people he doesn’t know”.

I’m frankly worried about our youth.

Their next adventure finds them at a wine store with one of Teague’s professional acquaintances, a wine buyer, who advises our grad to find a store where you can get to know the staff and they get to know you and what you drink. Sounds like something you may have read here before I bet, but a tough piece of advice for a guy who doesn’t like to talk to people he doesn’t know.

On a personal note some of my best wine purchases came during my years in Springfield Illinois at Famous Liquors. John Roman and his staff got to know my taste profile so well that they would be waiting for me on Saturday afternoon to see if I liked what they had picked out for me – it was always a lot of fun and tasty. 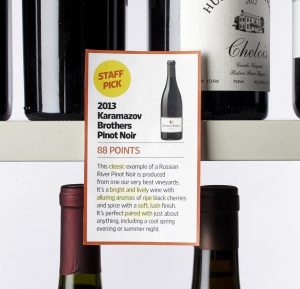 So our Magna man expresses curiosity about the signs and ratings on wine displays referred to as shelf talkers. It’s always good to check the vintage of the bottle against the ratings posted as they often don’t match; I find this an issue at Costco quoting comments and scores on past vintages but not the vintage on the shelf.

Ms. Teague offered some sage advice that you should also note; any dusty bottles you find are dusty for a reason so simply move along as no one else is interested in them either.

Our wine sales friend offered our student some sage advice, “…don’t take this all too seriously, relax its fun!

Asked to sum up his wine experiences our magna man remarks that it made him curious which pleases Ms. Teague who offers that curiosity is where all learning begins.

Be wine and food curious my friends, glad to help anytime

I’ve never been a Subway fan, they’ve always just seemed so basic, but the other member of the tasting panel is a longtime customer.

A review of the “Refresh” campaign recently appeared online in the Washington Post.

The campaign promised, “…11 new and improved ingredients, six all-new or returning sandwiches and four revamped signature sandwiches”. There were balloons on the doors and new signage that trumpeted the “big changes” to be found within.

This is a “multiyear transformational project.” said Trevor Haynes, president of the North America business unit at Subway.

That may be the intent but according to the report, once you’re at the counter the 20-point revamp promotion quickly starts to evaporate. For example; the roast beef sandwich will not reappear until the fall, and because the same Angus beef appears on the new Subway club – that will not be available either. So right off the bat, three of the 20 changes – or 15% of the menu’s makeover – are missing.

The tasters did like the Turkey Cali Fresh; smashed avocado, slices of fresh mozzarella, spinach leaves, rounds of tomato, razor-thin shavings of roasted turkey and strips of bacon cut so thin they were almost translucent. Reviewers thought the sandwich was satisfying though it’s hard to imagine inspiring the kind of Instagram-fueled lust and gun-brandishing lunacy that the Popeyes chicken sandwich did in 2019.

By contrast, The Steak Cali Fresh came across as a punchline, “…like some lumpy Philly cheesesteak that seemed like a parody of California cuisine”.

The All-American Club — with “improved Artisanal Italian bread”, billed as a roll with a crispy crust and soft center was as squishy and pale as the old Subway bread and was not a compliment to the upgraded turkey and bacon.

So just as I found during my chicken sandwich tastings – none of the sandwiches hyped as the exciting menu additions came close to being a poster child for the whole marketing campaign: all these balloons and hoopla for … a super-basic club sandwich you could have ordered at a diner 40 years ago.

Costco Expects Robust Sales Trends to Continue Through the Second Half

“Alcohol sales were very strong in 2020 and we’re continuing to see healthy double-digit increases,” says Chad Sokol, Costco’s assistant vice president and general merchandise manager for beverage alcohol. “We believe we will continue to have robust sales through 2021.”

Sokol notes that many members traded up in price point while shopping during the pandemic. Costco’s top-selling wines include Kirkland Signature DOCG Prosecco ($7 a 750-ml. bottle) and Kirkland Signature Ti Point Sauvignon Blanc ($7).(what do you “trade up” to $8.00?) “We’re really pleased to see sparkling sales grow again,” Sokol says. “One of the unintended benefits from last year was our access to new wineries that were previously hesitant to sell to Costco.”

As a result of the lingering effect of wild fires and smoke damage wineries have lost insurance coverage and have been forced to drop crop as a result of the extreme heat and the lack of water.

The losses have been stunning. In 2019, growers in the county sold $829 million worth of red grapes but in 2020 that figure plummeted to $384 million.

Switching from red grapes to white could be a solution but it collides with the demands of the market. White grapes from Napa typically sell for around $2,750 per ton, on average. Reds, by contrast, fetch an average of about $5,000 per ton in the valley, and more for cabernet sauvignon. In Napa, there is a saying: cabernet is king.

And now water is king and getting it has been taken to the extreme. 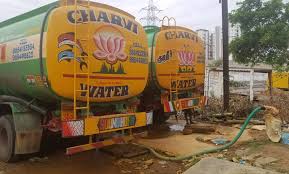 Eight times a day a tanker truck pulls into a loading dock at the Napa Sanitation District’s facility where it gets filled with 3,500 gallons of treated wastewater and drives 10 miles to a vineyard, then turns around and does it again.

The water, which comes from household toilets and drains and is sifted, filtered and disinfected, is a bargain, at $6.76 a truckload. The problem is transportation: Each load costs about $140, which will add $60,000 or more to the cost of running the vineyard this season. And the district may have to stop this sale as it may have to divert the water to its household and retail business customers if conditions worsen.

“It’s still kind of early on to talk about the demise of our industry,” Says one vintner looking out across the valley. “But it’s certainly a concern.”

And there has not been any real mention as to how all of this will affect the price of a bottle of wine six months or a year from now.

COLUMBIA, S.C. – Governor Henry McMaster and the S.C. Department of Commerce announced that E. & J. Gallo Winery (Gallo), a global wine and spirits company, will build a new state-of-the-art production facility and distribution center in Chester County. The $423 million investment will create 496 new jobs over the next eight years.

Providing bottling and canning capacity as well as warehousing and distribution for the company’s growing portfolio of wine and spirit brands, the new South Carolina facility will allow Gallo to better meet customer demand on the East Coast, while reducing its overall carbon footprint (lots less diesel) and will also serve as a hub for Gallo’s import and export business.

The remainder of the press release continues with gushing comments from all of the expected animals, vegetables and minerals; Gallo ofcourse, along with seven other folks from all sorts of economic departments, local county and town officials, a development association and two railroads, all who will benefit from the facility. Strangely, unless it was hidden in some other title, an endorsement from labor was missing.

Having served as a former spokesperson for a tall Illinois governor and as a marketing guy, it was a quite a well-conceived release that dripped of largess.

Hope my friends over in Indian Lands S.C. enjoy their wine.

A Wine Substitute for Beer

We’ll finish with this refreshing note:

Beer is the go-to for barbecue because it acts as a palate cleanser. Drinks like this scrape out richness and fat on your palate with acidity, carbonation and coldness. 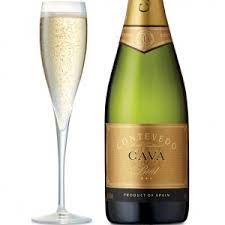 Sparkling wine has the same palate-cleansing effect. A great, wallet-friendly sparkler is Cava; it’s the Spanish equivalent to Champagne and even better sparkling wines like Cava are often cheaper than beer per serving.

My recipes for a Chicken Salad with Red Grapes, Mayo and Sour Cream and a classic version of an American Macaroni Salad, courtesy of the other member of the tasting panel, are in fact right here, enjoy!