← We Taste A Top Ten Value Wine, Wine Drinkers Aren’t Getting Any Younger, The Cost of Wine Hasn’t Gone up But The Price of The Bottle Has, Sort of, Coca-Cola Remakes Fresca Into An Adult Beverage & More
What We Drank for Thanksgiving, No Wine Bargains for Christmas, I’ll Have Wine with My Pie, Where’s the Tractor? Wine for Christmas and NYE →

Let me welcome you to the December edition of Woody’s Whine by wishing you a Happy New Year since it’s January. 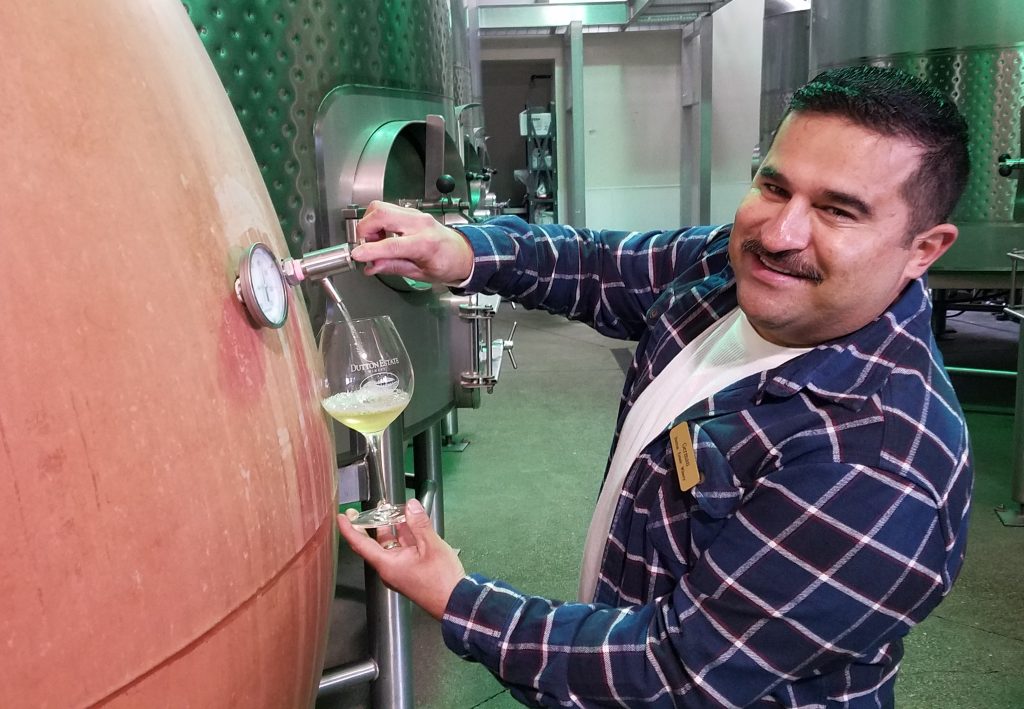 It was truly my pleasure to attend and taste at the Dutton Estate winery “Barrel to Bottle Bash!” that offered visitors the unique opportunity to sample four wines from the 2021 vintage “thieved” from their barrels, samples of the current 2018 vintage wines and then an older library vintage of the same wine, quite an interesting tasting and learning experience offering a perspective that the casual taster does not often get. 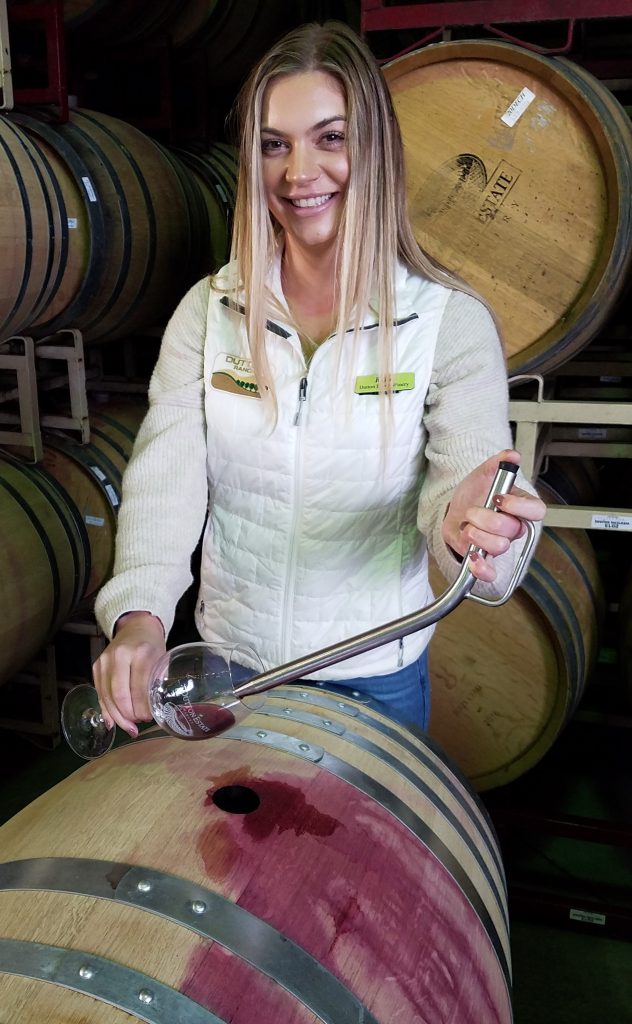 My first sample came from a concrete storage egg and was offered by the Dutton’s wine maker “Germane”. The egg is quite neutral and doesn’t impart any flavor of its own. The wine was quite fresh and clean.

I’m told that concrete has tremendous ability to hold its temperature, allowing for long and slow fermentation, more layers, and softer extraction.  Concrete is porous, so some microoxygenation does occur, so you get that oak oxygenation without the oak flavor – kind of the perfect meet in the middle.

I also got to say hello again to assistant winemaker Kylie Dutton who was “thieving” Pinot Noir. She told me she was quite pleased to be able to share wines in various stages of development that highlighted the wine’s aging process with customers, “We all learn from this“, she said.

One might rightly argue that many of the values America holds dear are directly reflected in the nation’s wine industry. American wine showcases a diverse range of grape varieties and styles, thanks to the country’s broad spectrum of climates. 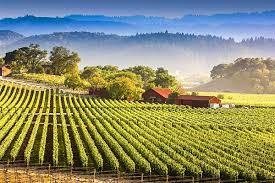 Idealistically convenient though they are, however, perhaps there’s an even simpler way to sum up the enological state of this union. Namely, that one state in particular overwhelmingly defines American wine: California.

With all due respect to the 16,000 bonded wineries operating across all 50 American states, the Golden State dominates all metrics by which the country’s wine industry can be measured. Here’s why.

Bottom of Form To clearly understand just how much California dominates the American wine market, let’s look at the tangibles, beginning with sales.

In the 52-week period ending Nov. 6, 2021, American drinkers spent a total of $20.3 billion on wine in the off-premise channels tracked by the data firm Nielsen. California wine accounted for 56 percent ($11.4 billion) of that total, and a staggering 82 percent of the amount spent on domestic wine ($13.8 billion). When viewed through the lens of volume sales, the latter share — California’s slice of the domestic pie — drops slightly to 77 percent.

It could be quickly pointed out that these realities arise directly from California housing multiple times more wineries and producing significantly more wine than any other state. And this is absolutely the case.

Last year, California produced 88.5 percent of all of the wine made in America, according to the Wine Institute ranking it as the world’s fourth-largest wine producer in 2020. Without California wine – America would sit in 15th place – between New Zealand and Hungary.

So we have arrived with everything in perfect order, all the dots neatly connected. California’s Mediterranean climate and land mass make it the ideal place for thousands of wineries. In turn, those producers can — and do — dominate the market with the volume of wine they’re able to send to market. In 2018, following the largest harvest on record, California wineries crushed 4.3 million tons. 2018 is the vintage I’ve told you to look for as it’s quite wonderful.

All of which is a less direct way of saying that California’s current status is not simply a byproduct of it having an “ideal” winemaking climate. The state has worked intentionally and effectively to grow its industry and develop a solid consumer base.

And the good news for the everyday wine drinker is that California wine also leads the way in terms of accessibility.  Washington State is the only other state that produces wines under $10 that are available all across the United States. 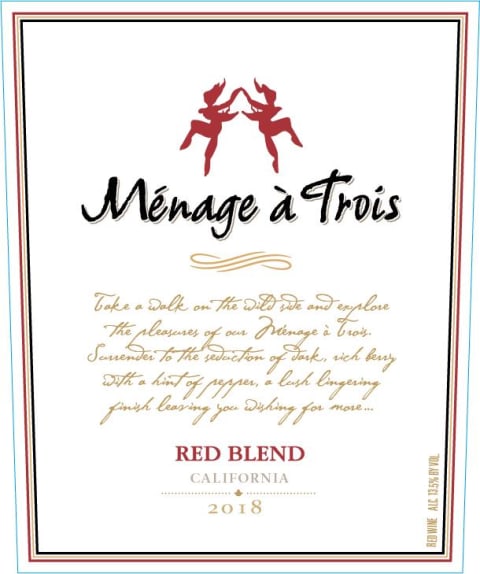 California’s most popular wines at this price point don’t just compete economically; they typically offer mass appeal with “approachable” flavor profiles. And no style has made bigger waves in recent decades than the American red blend. Smooth-sipping and generous in their residual sugar levels, red blends such as Trinchero’s Ménage à Trois and E & J Gallo’s Apothic lead the way in the below-$15 tier, while Constellation’s The Prisoner arrives at the more premium $35 mark.

The added bonus of the popularity of these blends is the ability to avoid the tides of fashion associated with particular varieties. A lot of red blends have Syrah and Zinfandel, which are frankly not selling very well as single varietals and there’s also a lot of Merlot in red blends.

Indeed, much of the tale of California and American wine is just that: practicality. None can argue against the state holding many, if not all of the aces, when it comes to leading the vinicultural way on home soil and abroad. But if there’s one thing we should continue to remind ourselves of, it’s that for over half a century, California wineries of all sizes and quality focuses have played that hand so well. And not just to the benefit of themselves.

Edited from an article in Vine Pair

We started what has turned out to be a love-hate relationship with the St. Francis winery  in Kenwood about three years ago after enjoying a lovely food and wine matching luncheon celebrating I believe, my birthday. St. Francis for all of its posh and polish is really a winery that is known more for its Zinfandels than its high-end Cabernets and we’ve enjoyed it as such.

As we enjoyed award-winning zinfandels something changed; the wines became tannic and alcoholic across the board. We noticed it last summer at a club tasting and we noticed it again this fall at another member pickup tasting, all of the reds continued to be tannic and are at 14/15+ percent alcohol, and no one there can explain what’s happened or wants to.

Our disappointment lead  us to finally decided it was time to end our membership but we wanted to stay just long enough to qualify for a complementary session of the food and wine matching luncheon that we had so enjoyed in the past and we accomplished that on the Monday after Christmas but found that our worst fears had come true, most of the wine and food combinations were more misses than matches.

The squash bisque and the Chardonnay appeared to start the afternoon off on a good note – both were quite enjoyable and matched up well but if you take a look at my notes on the menu you’ll see that most everything else comes up as not working as a result of the wine not being a match with the food flavor, in fact five out of the six items were a miss and what we were told was a New York strip steak was so tough that you could hardly cut it. We got the sense from others in the room that we weren’t  alone in our disappointment about the lack of a food and wine match.

Our experience from the luncheon simply sealed our decision to end our relationship with the wine club as well as several others where wines and management had changed or the added bonus features that had been touted as part of the membership deal just weren’t available due to the many restrictions on large gatherings that we currently face. Sort of sad as St Francis is a beautiful place and we had enjoyed being there.

Being the trooper I am though I still took the opportunity to speak to the chef of the day after the luncheon and interview him about their food and wine matching process.

I had the opportunity to speak with sous chef “Nick” but kept to the challenge of creating wine and food matching meals as I didn’t figure he’d be too keen on discussing our disappointment with lunch.

“We’re trying to best figure out how to showcase the wine – of course the food should excel, but St. Francis is a winery and the wine comes first”, he stated.

So just how does the process start? 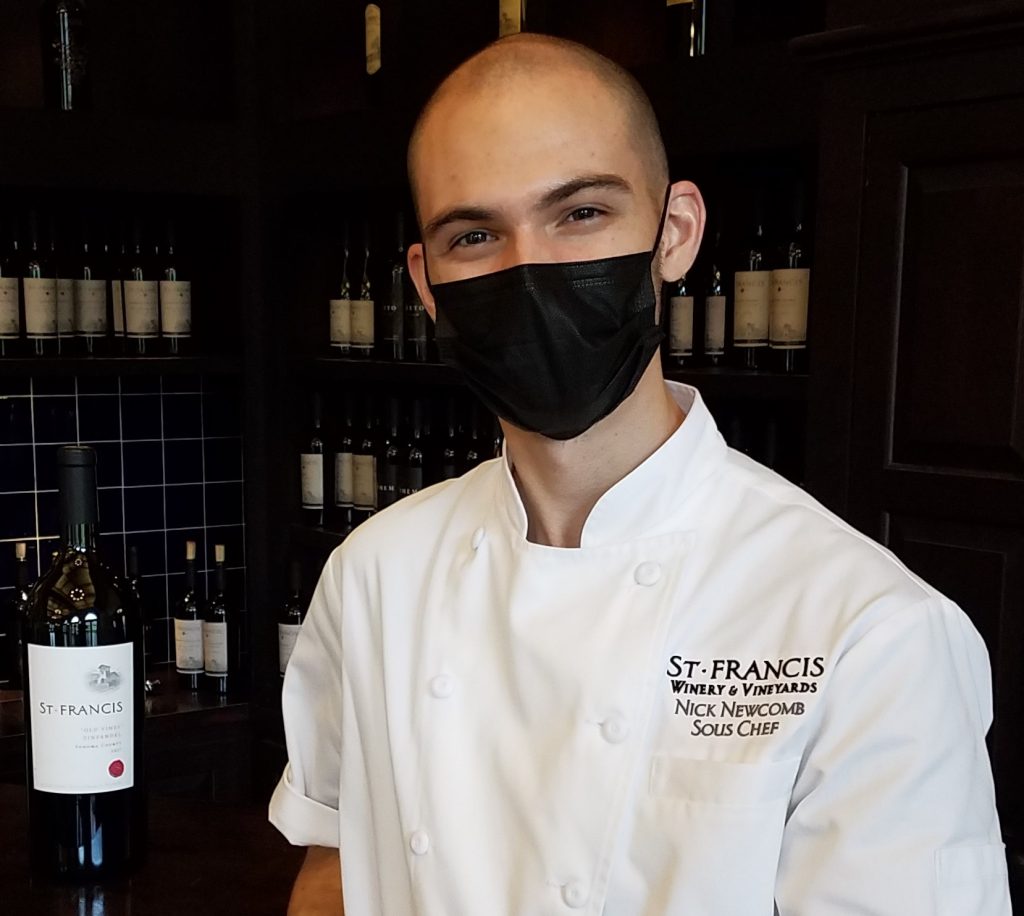 “We always start with a concept and it’s a team effort and very collaborative”, chef begins. “In our case it’s getting the protein right to match with the wine and then it’s truly trial and error and finally we get it to the point that we like it. Sometimes it’s on the first bite and sometimes on the first bite we know that’s not it”, he shares.

Explaining further he says, “Often we’ll try something with the wine and then put it aside for a day or two and come back to it and try it again and sometimes we find something good right away and then push it to get it to where we want it to work…then make sure that the sides or accompaniments don’t overpower or take away from the wine…a tweaking process where we play around with it until we find the right fit”.

“Matching, it’s kind of a duality”, Chef Nick states, “in that we get to play around with the seasons of the wine as well as the season of what food is available to us during this time of the year and that’s exciting!” 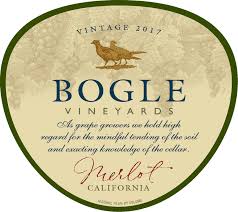 Bogle Family Vineyards has taken a dramatic step forward to help reduce the winery’s carbon footprint with the introduction of new, lighter glass bottles that will cut packaging weight by 10% or 2,235 tons starting in 2022. The reduced weight should also lower shipping costs and may help keep prices down in eastern markets.

The changeover will occur in phases with the first lighter bottles being featured in Bogle’s traditional line of Chardonnay, Cabernet Sauvignon, Essential Red, Pinot Noir and Merlot. This change in glass type for the Bogle brand will cut down weight by 1,695 tons and they will see an additional 540-ton reduction with new Cabernet Sauvignon and Pinot Noir bottles.

“Our family’s commitment to sustainability has always been a top priority in both our vineyards and in our winery, and now we are looking at how to make an impact with each and every bottle that is opened and enjoyed,” said Vice President of Consumer Relations, Jody Bogle. “For many years, the assumption has been that consumers believe the heavier the bottle, the higher the quality of wine inside. Our family seeks to change this belief and show that outstanding quality wines can and should be made with sustainability as a priority.”

My recipe for a Crab Dip Baked with Old Bay and Ritz Crackers and my strong suggestion on buying a great knife is just a click away, Happy New Year, enjoy!