In my vast preparation for this article I visited two states, spent time with three cheesemakers and in between figured out that making cheese is quite similar to making wine, follow along.

We first visited a very small cheese maker late last summer who makes cheese from milk that she acquires from a herd of 120 goats that munch nearby to her property. 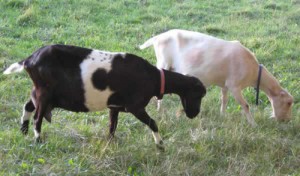 In the fall we ventured to Central Wisconsin on way to the Kohler Food and Wine weekend and visited with a small and somewhat larger cheese maker. The smaller-size business uses milk from the same herd of 450 cows, works with the farmer to control the breeding stock, the mixture of feeds, and the percentage of butterfat that shows up in the milk. The somewhat larger cheese business purchases its milk from a group of dairies that work at his direction to provide a specific quality of milk.

As I learned about the various sources of milk and its quality control the thought crosses my mind that, hey this sounds a lot like the grape growing and winemaking process.

A small production winery is very hands-on and usually controlled by a single individual or family who does some if not all of the work and owns its own vineyard or two and harvests the grapes, makes wine and sells it most likely, right out of the front door.

More common is the winemaker who purchases grapes from growers that he/she  has contracted with for specific varietals, grown in a specific fashion, harvested at their direction and then barreled and bottled by the winemaker.

The most specific parallel would be that of grapes that are “estate grow”, in other words 100 percent of the wine must be made from grapes either grown on land owned by the winery, or controlled by the winery, expressing the soil and weather of that area and as you might imagine at a higher quality and cost.

Cheesemakers use starters and cultures to begin the cheese making process while winemakers use yeast cultures to begin developing the sugars in the juice that ultimately produces alcohol and the flavors in the wine. The production process lacks any similarity in the middle but at the end cheese is aged and so is wine with the results being favorable to both. 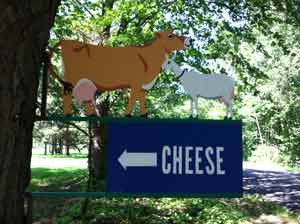 Halinski trained at the University of Vermont where many of her instructors were European, “I really love the flavor or their cheeses and you’ll see that our flavor profile is similar but with our own twist, “she said.

Evergreen Lane produces six cheeses two using cow’s milk, in a small building on the side of a rural road, all of which we found to be terrific.

We found three to be outstanding: 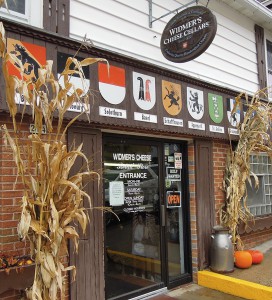 As of publication the cheeses are not available at retail in our area but may soon be so check www.EvergreenLanefarm.com for your best access.

“Take no shortcuts…and accept nothing less” is a standard still echoed today by Joe Widmer from his father and grandfather before him at Widmer’s Cheese Cellars in Theresa Wisconsin. The family run business began here in the heart of one of the richest cheese making areas in America more than 80 years ago. “We make a handcrafted product that is very labor intense still using the original recipes and formulas from 1922 Joe explained, we use good milk to make good cheese with good starters and cultures and maintain high standards”. 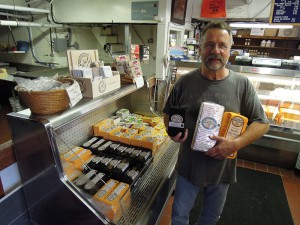 Widmer’s milk is supplied under contract from a select group of dairy farmers working at the direction of the Widmer family, similar to winemakers who only purchase grapes from growers under their direction. Those high standards have resulted in many award-winning cheeses that are widely distributed and fortunately for us, available locally at the Caputo Cheese Market in Melrose Park as well as at some Mariano’s and other specialty stores.

The Tasting Panel had these thoughts on Widmer’s cheese: 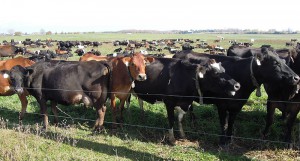 Saxon Creamery is the mirror reflection of estate grown grapes with all coming from one source. General Manager Lisa Hall is quite proud of this small artisan specialty cheese-making operation, “We buy milk from only one farm where the cows are genetically crossbred and grazed on 36 different mixtures of clover and fescue’s producing milk high in butterfat (up to 5%) and  protein, resulting in a creamy milk that makes our cheese outstanding,“ she says.  “All of our flavors are very distinct and we are very proud of our accomplishments, our cheesemakers are really dedicated to making a good cheese”, Lisa proudly stated. 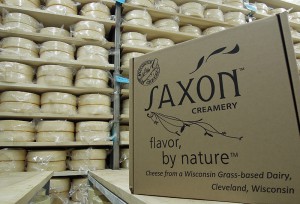 Saxon is available locally at Marion Street Cheese Market and Whole Foods, Mariano’s and Pastoral so somebody must think it’s pretty good.

The tasting panel had these thoughts;

So if you followed along with our little cheese journey, the affinity between cheese and winemaking seems to easily follow and is quite tasty. That’s my whine…and of course I could be wrong.