← Winner, Winner Fish and Chicken Dinner – HMMM, Not So Much, The Birth of Bombastic Butter Bombs, Some Reasonable Reds
The Brad and Jim Show, A Pork Apology, Wine Shipping and How a Bacon and Wine Tasting Went Wrong →

Gallo Gets Really Big, New Spicy Chicken, a Moment in Time for Wine at the Governor’s Mansion and Matching Wine with Chocolate

Happy New Year from a now damp Northern California and by the way if the snow you’re getting has a faint smell of Cabernet that’s our fault, it’s the same storm front we had a week ago.

As part of its purchase, Gallo picks up the Clos du Bois brand and winery in Geyserville, Ravenswood and Mark West wines, which began in Sonoma County and now are produced elsewhere, also are included.

Gallo also bought five wineries from Constellation and more than 30 U.S. wine brands, such as Arbor Mist, Black Box, Estancia, Franciscan, Hogue, Manischewitz, Taylor, Vendange and Wild Horse. The American brands Gallo added all sell at a price range of $11 a bottle or less. The sale to the privately held Gallo means that the family can play the long game to help revitalize some of the cheaper wine brands that have lost their luster. And it gives the company more wineries to increase wine production capacity for the future, analysts said.

Gallo brands now represent almost 30% of all bottles of wine produced in California, by far the country’s largest producer. Last year, Gallo’s share was at 24.4%. 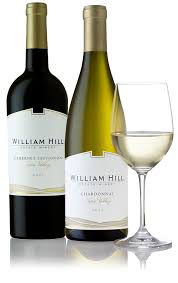 In recent years, Gallo has purchased premium wine assets in Sonoma and Napa counties, such as J Vineyards & Winery in Healdsburg and the Napa Valley brands of William Hill Estate and Orin Swift, plus the 600-acre Stagecoach Vineyard in the Atlas Peak region of Napa County.

“We recognize that these are iconic brands within their categories that resonate with consumers,” said Lon Gallagher, a Gallo spokesman. “We plan to respect the legacy of these brands, while devoting our efforts to revitalizing brands and continuing to make the highest quality wine.”

And the possibility of Gallo getting bigger is not that farfetched, consider this…

Almost Half of the Country’s Wineries Could Be For Sale

Nearly half of all US winery owners consider selling their winery “a possibility” in 2021, according to a survey released this week by Silicon Valley Bank. 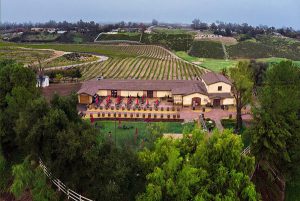 In both Napa County and Sonoma County, nearly 50 percent of owners called selling at least a possibility. Industry expert Rob McMillan said that just because wineries are open to selling doesn’t mean sales will happen. However, he also said that the economy currently is ripe for winery sales: credit rates are low and wealthy people have a lot of cash that they want to invest.

McMillan is Executive Vice President of Silicon Valley Bank’s Wine Division, so he is accustomed to the valuations that go into winery sales.

“Even in a time like this, you run into buyers who think it’s 1929 and sellers who think it’s 2015,” McMillan said. That said, winery purchases are often not the clear-eyed investments made in other fields, and many winery owners are aware of the prestige of even struggling wine brands.

“A lot of [winery owners’] retirement plan was that somebody rich and dumb was going to write them a check,” said Erik McLaughlin, CEO of the mergers and acquisition firm Metis.

Chick-fil-A, creator of the most copied fried chicken sandwich in the past year has rolled out the Grilled Spicy Chicken Deluxe Sandwich as a limited-time entrée.

According to a news release, it’s made with grilled chicken breast marinated in a spicy seasoning and served on a multigrain brioche bun with Colby-Jack cheese, lettuce and tomato. It comes with a side of Cilantro Lime Sauce. It will be available through April 24 starting at $5.39. (Our cost was $6.25)

Let’s just say the tasting panel was not impressed. The sandwich is well constructed and the first bite delivers a chicken flavor that is tender with an okay taste but nothing special and not very spicy, the slice of cheese, not noticeable; the cilantro lime sauce had a slight tang of lime but not much else. 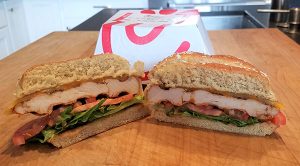 The multigrain brioche bun is an issue; it’s bready and a panel member flatly stated, “This bun shouldn’t be on any fast food sandwich, it tastes like a piece of wheat bread your mother would’ve given you to put butter on for lunch, it sticks in my mouth.”

We also tried a Spicy Deluxe Chicken Sandwich with American cheese just to see if it made any difference – it didn’t but it was nicely spicy and the large piece of chicken was very tender and crispy but it did have a bit more heat than I would care for, the panel member thought it was good. It came on a plain, burger style bun.

Neither of the sandwiches were a reason for an “Oh my goodness” moment and frankly the only constant is the quality of the chicken as the flavors and especially the buns, leave something to be desired and neither sandwich bring nothing new to the market that competes with the top contenders.

The McDonald’s will add three versions of its new chicken sandwich to its lineup systemwide on Feb. 24. “We’ve heard our customers loud and clear, and we know they’re craving more chicken options.”

Of course you’ll get a full tasting report.

A recent addition of Wine Spectator magazine brings happy news of great vintages from across the country and the world. I have been able to taste several of the ‘17 and ‘18 vintages in Napa and Sonoma and have been mentioning all along that both are outstanding.

Based on the Spectators reviews here’s a brief list of wines and their rankings: 80-100 points

Here are three “Best Value” wines to look for, all from the 2018 vintage

I was privileged and honored to have served the late Illinois Gov. Jim Thompson as an advance, media and press aide and in various other roles, from 1976 to 1990.

As a result I had the opportunity to become personally familiar with Jim and Jane Thompson. Even more so when on the occasion I was assigned as Jane’s traveling aide due to the Governors scheduling conflicts. Passing time on long drives and flights she became aware of my interest in cooking and wine, a situation that resulted in my becoming the unofficial “Somme” at the Governor’s Mansion in Springfield.

My most memorable experience was not being asked as to what wine should be served but why so much of it was left in a mansion refrigerator.

Thompson, as other governors before and after him, hosted an annual Passover Seder dinner for leaders of the Jewish community that involved serving specific food items as well as four cups of – let’s call it special wine for each guest. 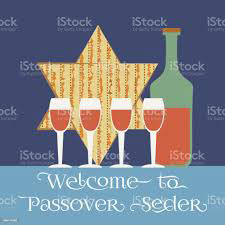 My greatest caper came after one of these dinners when Jane asked me to stop by the mansion. She met me in the kitchen and asked that I look into one of the large refrigerators where I discovered possibly 25 or 30 partially poured bottles of a nondescript white wine, some of the bottles almost filled and some with less than an ounce or two.

Well you of the faith and knowledge of these types of wines know that they are mostly ceremonial and really aren’t meant to be stored so when asked for my opinion, I remarked that the wines were “undrinkable”. With a satisfied look on her face she asked me to dispose of them. So with a big smile on my face and to the astonished looks of the kitchen staff, I pulled every bottle from the refrigerator and poured them out – it made for a great story after work at D.H. Brown’s bar.

Pairing Chocolate with Wine is Difficult: Some Thoughts from Chocolate and Wine Makers and oh, Me.

With Valentines is in the near future so I gathered some thoughts from local NorCal wine and chocolate maker’s regards matching chocolate and red wine.

“I love chocolate, but I’m not a big fan of chocolate with wine,” said Kathleen Inman, owner and winemaker at her Russian River Valley winery.

“For red table wines, the pairing with chocolate seems forced, pairings are supposed to make the food taste more interesting and the wine taste better.

“It’s better to enjoy the chocolate and then enjoy the wine – separately.”

“Chocolate accentuates the tannins in red wine and has fats that coat the palate, changing the wine’s texture and astringency.”

“Even though we owned a restaurant named Zin and were known for the zinfandels on our wine list, we’ve found the varietal doesn’t pair well with our chocolate,” said Jeff Mall, now owner of Volo chocolate. 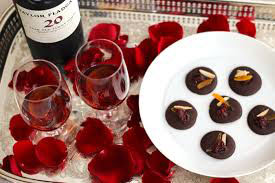 “A pinch of sea salt pulls out the other flavors and lowers the sugar content and bitterness of chocolate,” Mall said. Volo Chocolate, Windsor CA. – 707-536-6764 www.volochocolate.com.

Matching chocolate with ports is often your best bet as the bitterness in the chocolate offsets the sweetness of the port; mature ports, at least 10 years of age, typically have a nutty, dried-fruit character that complements dark chocolate with similar flavors.

Milk Chocolate Pairing – younger vintages of tawny or ruby port: These types of port are versatile, fairly straightforward in flavor, and often quite sweet. Ruby port has a simple, fruit-forward profile while tawny is nuttier, but both pair well with milk chocolate.

This is a great opportunity to make contact with your local wine manager for a Port reference.