← First Bites Bash kicks off Restaurant Week in Chicago
The Bird, the Brews, Who Knew’s →

He Really Grew Up in It

Dan Zepponi is not what he appears to be – and you’d never guess who he really is. He arrives about 30 minutes late for our interview last October due to a “business meeting” running a bit long, not a problem as my wife and I are seated comfortably in one of his wineries, but the truth is it turns out to have been a meeting to finalize another one of his firm’s winery acquisitions, but mum’s the word.

You could say that Dan followed in his father’s footsteps, more accurately you’d have to say he followed his father down a similar path or even several paths. Gino Zepponi was an aerospace engineer who co-founded the ZD winery (he’s the Z) in 1969 along with another engineer buddy, Norm deLeuze.

In my early wine days 83/84,  I visited ZD, located on Napa’s Silverado Trail and probably met Norm but not Gino who by then had become executive vice president of Domain Chandon, the sparkling wine producer in Carenos (Dan and Scott McLeod, now a prominent wine maker on his own, drove forklifts there as kids). Gino passed unexpectedly in 1985 leaving a lot of footsteps and quite a path for Dan to follow. 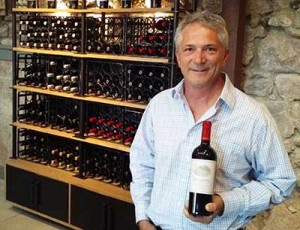 Dan Zepponi makes a great first impression as a somewhat low-key but well spoken, very knowledgeable and very sincere man who wants to live and relate the history of winemaking in Sonoma and Napa but especially wants to be part of the rebirth of many of Sonoma’s older properties.

We’re at one of his newest old properties, Valley of the Moon in Glen Ellen as the result of our having met at an industry tasting event in Chicago last spring; we talked for almost 45 minutes.

“I grew up with the wine industry all around me; I went to school down the street from the winery so I know the history of Valley of the Moon”, Zepponi relates. He apparently also went to school with the sons and daughters of most every other winemaker in Sonoma who he casually mentions in conversation throughout the interview as I laugh and accuse him of being a name dropper but it’s the truly the result of the life he grew up in, very entertaining.

So we return to the path and find Dan going to engineering school at Cal Berkeley and also learning to fly which he still does to keep track of the properties he owns and the ones he wants too. He joined Delta Airlines to fulfill a desire to travel and became part of a training group that qualified pilots to fly all of the big jets of the era and got his chance to travel around the world. “Lots of fun”, he says, I bet.

While flying and training Dan gets a call from Ed Sbragia, one of the many “wine names” I referred to earlier. Sbragia is head winemaker for Beringer and wants Dan to return to California and head up Meridian vineyards on the central coast which of course leads to 10 years with Beringer as Senior vice president of operations and supply for the North America’s, that leads to a position as president of British Columbia’s Mission Hill Winery & Artisan Wine company and after a couple years an opportunity to return to California where, as of our meeting his  business card shows him as “Proprietor” in West Coast Wine Partners LLC, who are now responsible for Plume, a high-end limited release Cabernet from Napa, Madrone Vineyards Estate, the original name for Valley of the Moon, Lake Sonoma and several others, see what I mean about footsteps and paths.

Dan is vague about his role with the wine partners, but he’s a conscientious dealmaker and has a tremendous historic prospective of wine making in Napa and especially Sonoma. “I have no problem tapping into relationships with old-time growers as a result of growing up and working in Sonoma”, Zepponi remarks, “Wine is about pleasure, friends and family and the enjoyment of a sense of place”, he states and that gets us back to the Valley of the Moon that by the way is the translation of the Native American word for Sonoma.

The winery, originally called Madrone, dates back to the 1860s but the future changed forever in 1941 when Enrico Parducci, (yes todays Zinfandel Parducci, another Sonoma name) a butcher in San Francisco bought the property so he could send wine by train to his restaurant friends in the city. The Kenwood winery bought the property in 1997.

“I’m proud to be part of its rebirth as this is an old family winery and I feel like we’re bringing it back to the family and will re-create it as an estate winery again under the Madrone banner”, Zepponi stated, “We have old Vine Zinfandel on the property that dates from the turn-of-the-century and we will now farm it in controlled blocks instead of harvesting everything together, thereby allowing us to create unique wines. 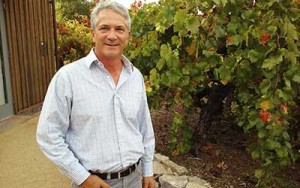 He also has some thoughts regards winemaking styles.” You want a nice refreshing wine that invites a second glass and you can really mess that up if your wine is too dry, too acidic, or too jammy”, Zepponi relates.” If you have a nice balance you’ll have a popular wine and people tell me they like all of our wines so I hope that means we figured it out”. He concludes, “This is a great story and I’m proud to be part of it.”

Oh I should also note that he would in fact not offer any insight as to just what deal he had been working on but told me it would be in the news soon. As of the New Year I have yet to learn of anything to report.

The wines are available in the Chicago market but I’d check before you go.

That’s my Whine and I could be wrong