← Is Napa’s Main Crop Cash, Not Grapes? The Lady is a Wine Legend but You’ve Never Heard of Her, Clean Wine – Not So Much and More!
Reports on Thieving, Tendering, Millennials, Illinois Wine Wants More Space, My Shipments Bigger than Yours and of Course More →

He’s Tasted 250,000 Wines In 40 Years, Gallo Grows Yet Again, Panera Bread Joins the Chicken Sandwich Battle – Sort of, Kendell-Jackson Goes to the Races, Please Consider for Your next Visit

I’ve followed James Suckling during his fine career with the Wine Spectator magazine and now into his own tasting company. While what he tastes is usually beyond my budget his thoughts are still relevant and entertaining. I’m also sharing a confused tasting review of a new chicken sandwich offering from Panera Bread, some wine industry news and an offer of help if you are considering a trip to wine country – I hope you enjoy. 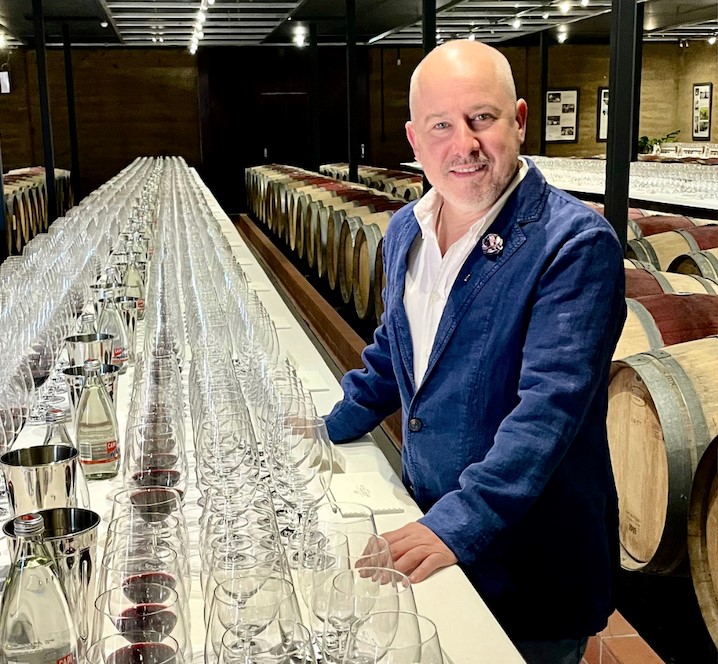 James Suckling is one of the world’s most respected and influential wine critics and he has the privilege of doing a job that he absolutely loves and seems delighted to share his great good fortune with everyone around him.

In almost 40 years in the industry he thinks he must have tasted and rated a quarter of a million vintages.

His wine tasting team rated more than 25,000 bottles in 2021. “It’s a safe bet no other wine media organization with in-house tasters found the time to rate as many wines as we did, and we’re charging into 2022 with the same high expectations”. Suckling stated

The tasting team, including Suckling, has nine members well located throughout the wine world and will be tasting and rating thousands of more bottles from producers across the globe. One member tasted more than 300 Champagnes during the year and his verdict: Champagne is on a roll. 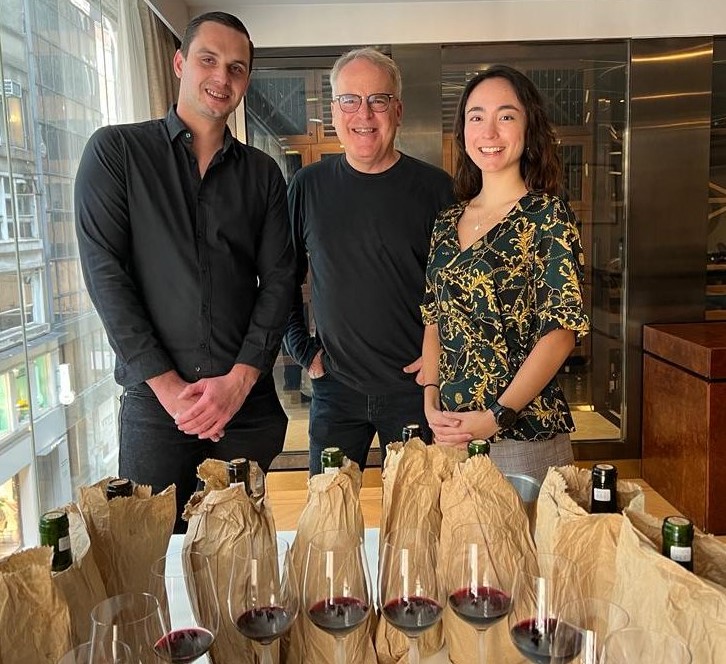 Suckling began his tasting forte in 1981, unemployed, he answered an advertisement at a tiny magazine called the Wine Spectator, run out of a garage in San Diego. Not only did he get the job, but within four years he found himself in Paris, remaining in Europe for the next decade and a half, “learning on the job, travelling around and meeting producers”.

“I lived in Paris for three years and then moved to the UK. I was there for 10 years, and then moved to Italy and then I came here (HK). During that time the Wine Spectator had grown to become the biggest wine magazine in the world, and all that time I was tasting, travelling and building the magazine.” The idea of moving to Hong Kong came shortly after the difficult decision to leave his comfortable and highly influential position at the Wine Spectator.

“I’d been there for 29 years, and I just decided it was now or never. It was a crazy move – I was 50 and it probably was foolhardy in a way, because I had this really cushy job and was living in Italy but I’d always thought it would be amazing to do my own thing. So I just did it.”

(Edited from a Gallo press release) 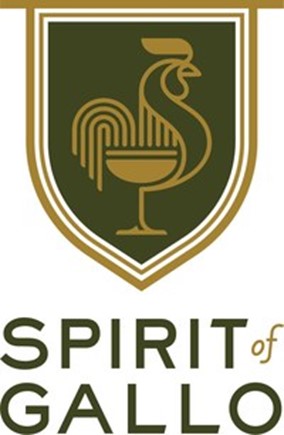 Just when you thought the Gallo folks couldn’t get any bigger or make any more money they have unveiled Spirit of Gallo, a new brand for introducing the company’s award-winning spirits portfolio to the trade. Gallo’s E&J Brandy came into the market in 1975,

“Spirit of Gallo offers us the opportunity to highlight our portfolio of spirits, which includes tequila, rum, vodka, gin, vermouth, Scotch whisky and more.”

In total, Spirit of Gallo represents 24 brands across a multitude of spirits categories. Internal innovation and partnerships have been at the heart of the Gallo success in spirits. “We are at the forefront of pushing the limits of creativity to serve the changing tastes of today’s consumers. We created High Noon Hard Seltzer as a premium alternative for occasions that were typically limited to just beer,” says Britt West, Vice President & General Manager of Spirit of Gallo. “We are a unique company in that we offer both wine and spirits, but the value we bring to our wholesalers, customers and consumers is that we are committed, long-term brand builders. So

Panera has introduced a spicy and regular chicken sandwich to the menu that is not breaded or fried, instead features a marinated and seasoned chicken breast on a brioche bun.

Two versions of the Chef’s Chicken Sandwiches, the “Signature Take” and the “Spicy Take” are currently available. “Each filet is topped with a crunchy topping, either parmesan crisps or spicy, crispy pickle chips, and a proprietary garlic aioli sauce, all thoughtfully stacked between a buttery brioche roll — designed to deliver a chef’s kiss with each bite,” the company shared.

Well not so fast brand officer Eduardo, as the tasting panel had other thoughts;

So we were a tad confused by the number of names and presentations that the sandwiches seem to have, they are part of a “Chicken Sandwich Platform”, The “Chef’s Chicken Sandwiches” also described as “The Signature Take” and “The Spicy Take”, I’m not sure what a “sandwich take” is supposed to be but I can tell you that I could’ve done without a “chef’s kiss”.

We enjoy the food at Panera and I’m easily there once a week so we made a point of eating in to avoid taking the bag home that is usually a negative. Unfortunately neither sandwich arrived hot and were rather tepid at best. 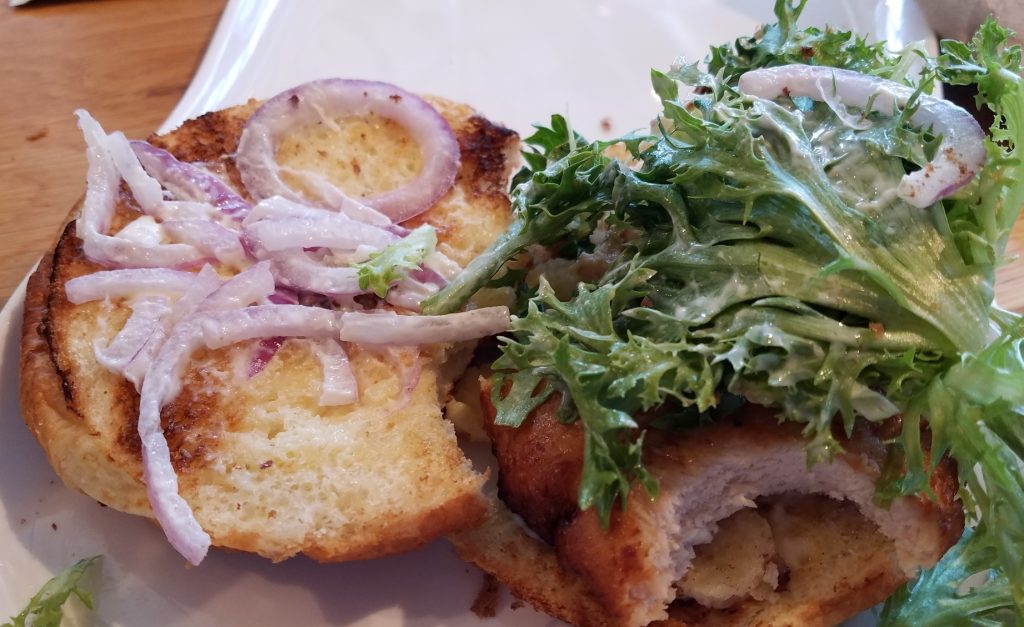 The first bite of the signature sandwich was just plain, no real outstanding flavors but then again nothing terribly off putting – just plain. The other member of the tasting panel thought the spicy version was “just right” making it flavorful but not too strong and really in the background as a nice flavor.

We both liked the bun and the thickness of the chicken bite but I found my chicken to be a tad dry and my sandwich was not constructed very well as the little glob of sauce in the center the bottom bun did nothing for the overall flavor of the sandwich. The Parmesan cheese crisps looked and tasted like oyster crackers with no cheese flavor – even a manager agreed.

The two sandwiches with all of the fancy preparation were rather disappointing and should not be held in comparison to any fast food fried chicken sandwich, so the whole premise appears to be confused.

Our three takeaways from our “chefs kissed” chicken sandwiches are that I could have had two Popeyes instead, nothing about the sandwich justifies the $12.49 cost and the more salient thought was; “this isn’t what I come to Panera for”.

And now for something almost completely different, sort of;

So loyal readers you may recall that last month’s Woody’s Whine, “Reports on Thieving, Tendering and Millennials…” featured reviews of chicken tenders and mac & cheese from Popeyes and others as well as an embarrassing story when an editor for Nation’s Restaurant News, an industry publication, admitted during an interview with a top marketing staffer at Popeyes that he had never tasted their chicken sandwiches or the mac & cheese that he was asking her about.

And so oh gentle readers you probably figured that incident couldn’t be topped, read on.

In yet another podcast posted by NRN headlined as a discussion of Panera Bread joining the chicken sandwich wars, truly a misnomer by the way –  they ran into a problem; the program was being recorded several days before the sandwiches were in national release so try as they might they were not able to purchase sandwiches to taste so they could review on the program, soooo then why one asks, did they go ahead with the program

Kendall Jackson winery has released two limited-edition wines celebrating the 2022 Kentucky Derby marking the second year in the partnership between the winery and the race. They were named the “Preferred Wine of the Kentucky Derby” last year.

The wines—a Chardonnay and a Cabernet Sauvignon—come adorned with Derby-themed art. The 2020 Chardonnay is sourced from Mendocino County retailing for around $17. The 2019 Cab is sourced from vineyards in Napa Valley and is blended with Merlot (9%) and Cabernet Franc (1%), it carries a $28 suggested retail price. Kendall-Jackson’s owners, the Jackson family, also own Stonestreet Farm in Lexington, Kentucky, one of the world’s top thoroughbred breeders.

Ancient Peaks Cabernet Sauvignon Paso Robles Santa Margarita Ranch 2019 ($15): Anyone who enjoys Cabs in a big, bold style will find this pleasant — and the fact that it comes from a single vineyard, rather than a multi-regional blend, is added value.

Wente Cabernet Sauvignon Southern Hills Livermore Valley 2019 ($14): A good choice to for drinking alongside a fatty piece of red meat.

Offering Guidance for Your NorCal Visit 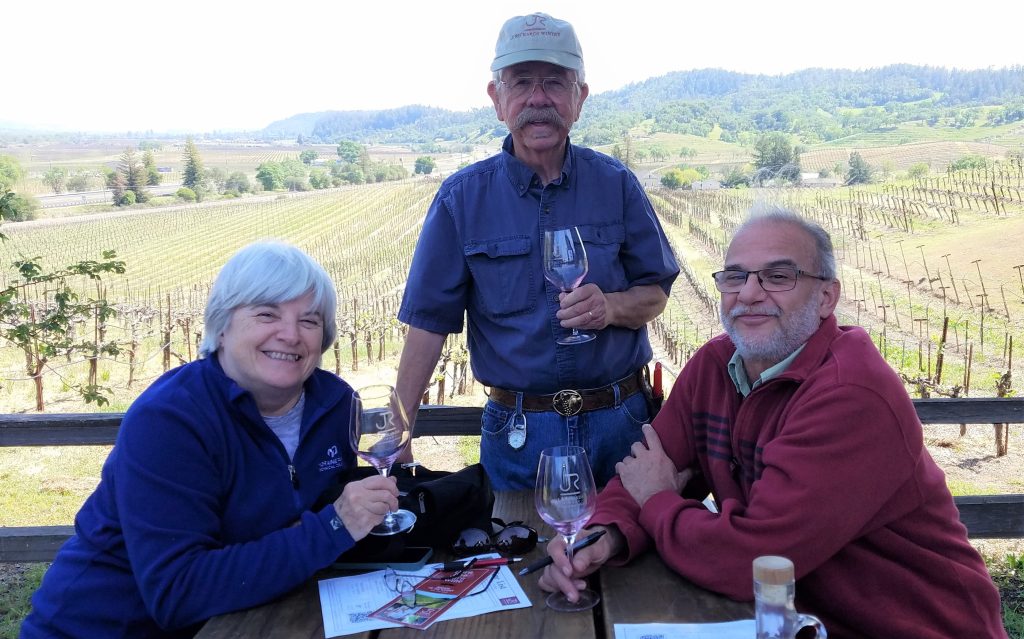 Peg and I were thrilled when two of our best friends from Chicago and now Fond du Lac Wisconsin recently visited us for a full five days as we toured them through Sonoma and Napa counties, it was a real hoot and it made us feel like we were the ones on the vacation.

Tony and Nancy were quite taken with the highways and byways and places that we showed them where we enjoyed food, wine and many vistas. Tony was especially complementary and suggested that I consider offering my services as a wine country consultant and guide to anyone who might want to visit our lovely area.

I have always been good at making plans and carrying them forward, while often challenging it’s never been impossible and with that thought in mind I ask you to consider my services as both a trip planner and a host companion.

My initial thoughts would be to create a plan resulting from our discussion as to what sort of sites and tastes you would be interested in; you would follow that plan on your own with my guidance available as needed. 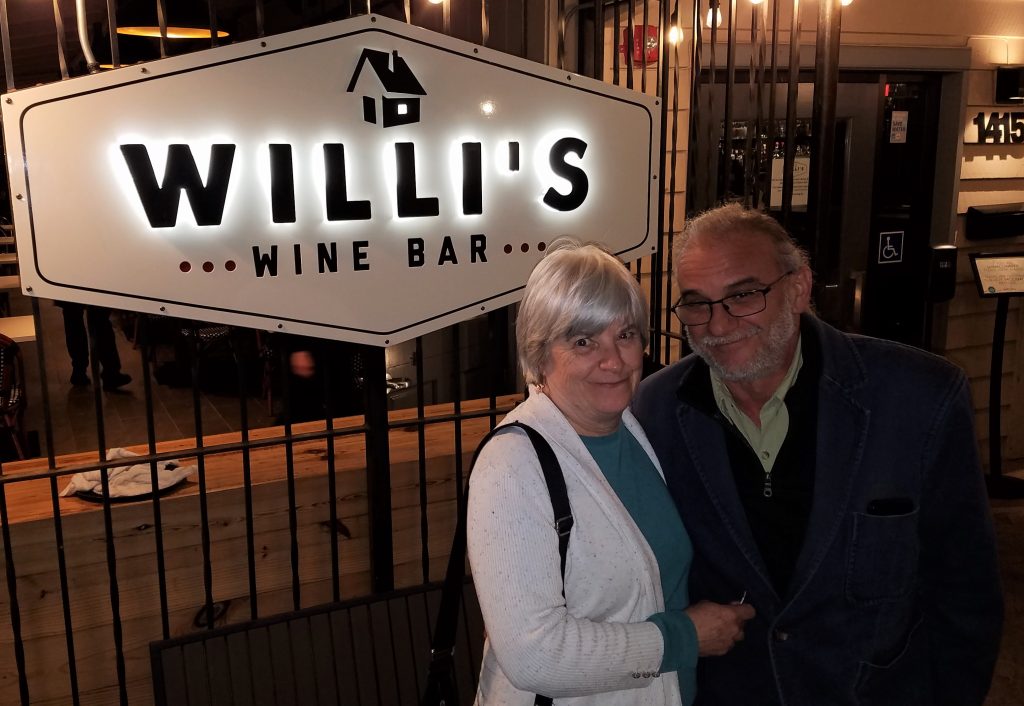 host and driver to manage the entire day’s events, sort of a “okay kids time to move along” companion.

I feel the personal services concept takes some of “fear of flying” out of travels through wine country. I have developed a number of resources  during our soon be our six years in Sonoma County that would allow you to meet and greet winemakers, winery and restaurant owners and visit places that might be a bit off the beaten track.

While my concept is still in the organizational process I have a fair idea of how I would set this up and would be interested to talk to any of you that might be considering a trip to the area or to consider my services.

Please email me of your interest at woodywine@ .com and include your contact information so we can have a casual discussion regards what we might be able to arrange.

In pursuit of happiness!

My recipes for A Breakfast Bake with Cheese and Sausage and Meatballs from The Chef Show are just a click away, enjoy!