My Evening with Two Notable and Opinionated Sonoma Wine Legends 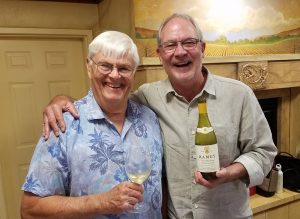 It was my good fortune to have recently attended a forum that featured five great Sonoma County winemaking pioneers and it was also my pleasure to have had a few moments with two of the them, David Stare of Dry Creek Vineyards and David Ramey of Ramey Wine Cellars.

David Stare headed west after college and a brief stint with the Baltimore and Ohio Railroad. He told me that his childhood dream was to be president of the long gone Milwaukee Road Railroad and that he had recently attended the 150th anniversary of the driving of the gold spike on the transcontinental railroad, so railroading is still part of his mindset – as it is for me also.

Stare, retired as a winemaker but still the chairman of the board, was the first to plant Sauvignon Blanc in Dry Creek back in 1972 and it still is his favorite varietal. He states without asking, “I was the original winemaker for the Dry Creek’s Fume Blanc, it was my first and still is my favorite wine”. A bit hidden is also his work in promoting Zinfandel and that he was the first to use the term “Old Vine” in 1985.

I asked each winemaker two questions; what’s the best thing happening in the wine industry today and what’s the worst? 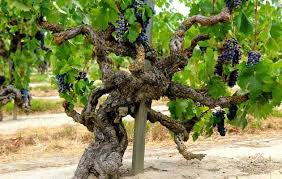 “There are a lot of wonderful wines made in Sonoma and in California today and the wine consumer is better off for it”, Stare stated directly, the worst took a bit longer.

“As a result of the huge consolidation in the business there is a lack of qualified, competitive distributors to sell wine. The smaller, specialty guys are gone”, he stated. “For example, a distributor who reps 100 California wines walks into an account knowing the retailer can’t carry everything and that he’ll go for whatever the distributor is pushing which in most cases, is not from the a small winery. That really limits what the consumer has to choose from”, he summarizes.

He’s glad to see that many small wineries are responding to the lack of retail shelf space with aggressive wine clubs and on-site events that help create a loyal customer base.

“Our winemaking style has evolved through several winemakers over the years”, Stare offers, “but we remain consistent in using less oak and keeping the alcohol levels on the low side while others are making 15-16% cabs and Zin’s and that’s garbage – wine is meant to go with food and high alcohol doesn’t work”, he stated emphatically. 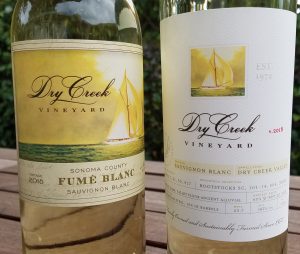 Wonder what he really thinks?

(Of course I’m going to the Grand Tasting Oct. 6th and I’ll have a report next month)

Both are great wines and two of my favorites. It’s also the perfect opportunity to taste the same grape from both a broader (Sonoma) and more specific location, Dry Creek. 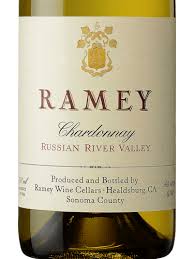 David Ramey produces some of the most sought after Chardonnays in the world of wine today and started his namesake winery in 1996 after having developed his knowledge and style working for some of the biggest winery names in Napa and Sonoma.

The truly outspoken Ramey was the subject of an in-depth profile in the July issue of Wine Spectator magazine where he proved that you never have to ask him twice about anything – and often not even once.

His responses to my best and worst questions are a prime example.

“I really love it when people appreciate the style of wine we make”, Ramey begins, “I get emails from all over the world complementing our Chardonnay. Wine is complicated, it’s not a single subject, it’s like learning a foreign language you might think you’re speaking pretty good French but you find out how little you know the more you speak it”.

“There’s a whole bunch of people in the wine business today who don’t know as much about wine as they should’, he bluntly states, “they think they do but they don’t; people making it, writing about it, selling it, and drinking it – that’s what I enjoy the least about the business today”.

I had no idea what to ask him after that remark, but he did sign my copy of the magazine. 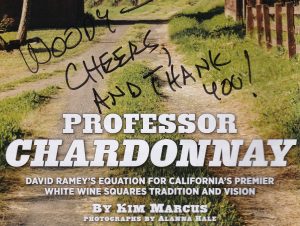 Strong Harvests This Year and Last Creating a glut of Grapes

It’s the result of a combination of factors: last year’s record grape crop; the decline in retail wine sales; and uncertainty over the planned $1.7 billion deal between two of the nation’s biggest wine companies. E. & J. Gallo Winery is acquiring more than 30 budget wine and spirits brands plus six wineries from Constellation Brands Inc. Many of the smaller growers sell their grapes to Gallo or Constellation or both of them.

Typically, 85% of the regional grape crop is sold to wineries under multiyear contracts. The remainder of the crop is available to bidders on the spot market. However many sales contracts between growers and wineries were not renewed this year. Also, a report last week by Novato wine and grape brokerage Ciatti Co. noted that the bulk wine market has a large reserve that wineries can avail themselves of rather than buying more grapes on the spot market. 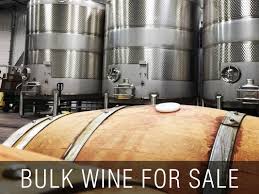 The 2019 crop looks to be around historical averages if not above average, which will provide more fruit for the grape glut, according to brokers.

This issue should result in two good things for wine drinkers; retail prices should remain flat or even get better as they have to move the wine they’ve got to make way for the wine they’re about to make. There should also be some better than average blends in the market place in the near future with a good percentage of better  wine being incorporated into blends just so it gets used.

Red Blends Are More Popular Than Ever With U.S. Wine Drinkers

Cabernet Sauvignon is the undisputed top-selling red wine varietal in the United States, but red blends now sit at No. 2 spot on Nielsen’s measured U.S. off-premise channel numbers. Red blends account for approximately 11% market share by volume in U.S. food stores and other large volume outlets, according to Nielsen’s most recent figures for 2018. Nevertheless, red blends—along with Moscato and Malbec—have been repeatedly described by Nielsen as experiencing “double-digit growth” year after year, 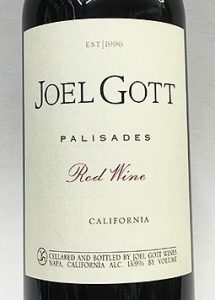 “Basically, I think red blends have gained in popularity because they are approachable wines with smooth, round mouth feel,” says Gladys Horiuchi, director of media relations at The Wine Institute in San Francisco. “Chardonnay is still the most popular varietal wine, but as consumers gain in wine knowledge, they like to try more wine types, and a lot of those wines are red.”

The advent of the red blend in America may have something to do with the idea that if multiple varietals are listed on a label, there are more chances that a consumer will see  ones they like and purchase the wine – Does this perhaps sounds familiar?

My recipe for a shrimp cake slider burger with panko, egg, scallions and spicy mayo that is receiving rave reviews, is elsewhere on the site, enjoy!