← A Little Beer, Lots of Wine and A Tenderloin
News of the Crush, Costco Liquor, Big Mac Sliders and Lagunitas Layoffs →

Notes from a Bountiful Harvest, Napa Has Issues and Lots and Lots of Wine Notes

Writing from the edge of the Russian River in Sonoma

It’s early in November and this is a bonus issue giving you plenty of time to sample many of the wines I’ve recommended for your holiday enjoyment as well time to try some of the new recipes to make sure they will please your guests. As always questions and comments are welcome.

A Bit Too Much of a Good Thing – Too Many Grapes 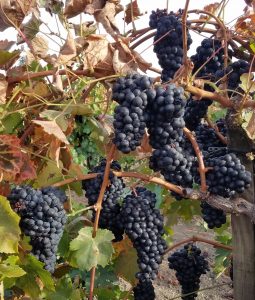 Apparently your lack of beer drinking is bleeding over into a decrease in wine consumption and may cause some issues. According to published reports the yield for this year’s wine grape crop is expected to be about 10 percent higher than historical average which sounds great for growers and wine makers, but…

The question is whether declining consumption is taking hold or is just a pause? A major telling point; reports that juice from the 2018 vintage already has started showing up on the bulk market — which means bottle prices will be down at some point with the excess volume that needs to go somewhere – fast.

And for those of you that are still drinking, there should be some great blends coming as the excess of better juice has to go somewhere.

Harvest should be completed by the time you read this and it’s making a lot of people very happy. Here are some random thoughts from those who know.

“The entire 2018 growing season was mild and measured, I think what consumers are really going to enjoy out of the 2018 harvest is the wonderful ripe flavors without super-high alcohol.”

A director of operations in Napa – “This year it really was a winemaker’s dream, they got to consciously choose exactly what they wanted (to do with the grapes.”

Wine maker Carol Shelton – “There is a depth of flavor (in the Zinfandel) that you don’t get until you have a longer hang time”.

Wine maker Joe Freeman – “The wines that are fermenting are really blowing me away with their potential, the pinot noir and chardonnay from the Russian River Valley really bright with high acidity,” a flavor profile typically not common for the wine region.

Too Much of a Good Thing – Dining Trouble in Napa

There’s a rash of restaurant closings in the Napa Valley. The most recent is Redd, a fine-dining restaurant that was a favorite for diners seeking an alternative to the more expensive French Laundry a few blocks away. (The reservation wait list is months if not longer)

The chef/owner cited growing staffing challenges, the lingering impact of the 2017 fires on tourism and changes to consumer preferences. There’s a bidding war for talent right now with a number of new places opening up.

Many wineries that are now offering food pairings and lunches, with in-house chefs creating menus to keep their visitors engaged. As a result, tourists aren’t necessarily interested in a big dinner when they can have a food experience at the winery. It’s really tough on restaurants now, the chef lamented.

Too Much of a Good Thing – Napa Challenged by Development

James Labue of Wine Spectator recently reviewed the third in a series of books on growth issues facing Napa Valley – and it’s not a pretty picture.

The problems center on the politics that govern land use and the wealthy players who increasingly own much of the valley. Napa has long catered to the affluent, but the author, James Conaway argues, tourism and real estate threaten to muscle out actual winegrowing.

Napa has always been threatened by the sway that tourism, real estate and other business interests hold over the politics of land use. It was only by enacting the Agricultural Preserve in 1968 that the county protected Napa from turning into Santa Clara, whose farmlands were effectively bulldozed into Silicon Valley.

As plantable land in Napa has become ever more scarce, those who have the means win out over those who don’t and local control becomes a thing of the past.

My take is and has been for a while, if you’re headed to Napa; bring money and more than you thought. The real problem for me is that Sonoma sees the money and they want it too.

Wine and Food for the Holidays

I stand fast on my recommendations for how to make dressing and turkey for Thanksgiving and the recipes are and have long been available on the site.

So just to make sure you don’t go hungry on NYE here are some ideas for matching bubbles and appetizers. 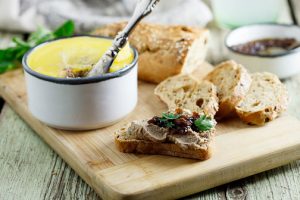 You’ll find these recipes on the site:

Here’s a little info to help when you’re considering bubbles for whatever use and then lots and lots of wine recommendations follow.

Méthode Champenoise: In which the second fermentation takes place in the individual bottles that are sold to the consumer. Also known as méthode traditionnelle and also known as more costly to produce.

Charmat Method: In which the second fermentation occurs in a large, pressurized tank prior to bottling. The sparkling wine is then individually bottled.

Sparkling Note: Our favorite local wine store, Bottle Barn is holding a tasting Wednesday night (11/7) and we leave on a six day trip the next morning so I won’t have time to post but I will do an update for December.

The following should hold you till then. Prices are suggested retail but always on sale for holidays. 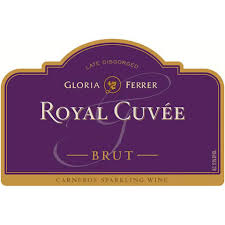 Please say hi for me!

Ray Denton is the wine manager at Binny’s in Elwood Park. Here are his selections and tasting notes, tell him I said hey.

White peach, crushed rocks, spice and brioche notes from this medium to full-bodied Chardonnay that has depth – The Wine Advocate – 92 pts

A Germany red for the Thanksgiving table; Ray says it will pair with everything on the table.

BonAnno means “good year” in Italian and the wine is made by a Chicagoan. A deep ruby red ––aromas of spice and sage followed by a mix of blueberries and blackberries with fresh raspberry notes.

By blending in a high percentage of older reserve wines into this bottling, the wine retains a rich and smooth, ripe character. The Wine Enthusiast – 91 pts

Yes I know it’s a lot but it’s for two holidays!

I must take pause here to note the potential passing of what were two of our favorite Forest Park restaurants – Jimmy’s and Starship both on Madison, both have announced that they are for sale. We always enjoyed the pizza and other dishes at Jimmy’s along with his friendly style – could’ve had a better wine list though☺. Starship is one-of-a-kind, never could figure out how he makes such great sandwiches for so little money, you can’t imagine what they charge out here. I wish the best to both of them and thanks for all the great food!

A version of this article also appeared in the Forest Park (Il.) Post