Of Hot Dogs, The Challenge to Restaurants, Best Sandwiches Some Time in Napa and Wine Smoke

Hope you all are hungry as a good portion of this month’s whine is centered on food assuming you call a Costco hotdog food. I’ll share what I’ve learned regards the challenges to the restaurant industry that affect both big and small operations. I found a list of the 20 best sandwiches in America and what we saw on a day’s travels in Napa. I’ll close with what I know about how fire and smoke have affected the wine harvest in Sonoma and Napa.

A Death Threat Over A Hot Dog; Why Costco’s Hot Dog Combo is Still So Cheap?

In 1985, Costco first introduced its now legendary food court deal: a hot dog and soda for just $1.50. Part of what makes the offer so mythical is that 35 years later, the price hasn’t budged – despite the fact that the going price should be around $3.65. Keeping costs down hasn’t been easy: Costco had to stop using (top rated) Hebrew National dogs and build a plant to produce its own Kirkland Signature wieners. Still, it’s apparently worth the effort as the wholesale chain moved 151 million of the combos ($226 million $) last year. For the record, I’ve never had one being a true Vienna beef boy; the other member of the tasting panel loves them.

“I came to [Costco co-founder Jim Sinegal] once said Costco President and CEO W. Craig Jelinek.  “Jim, we can’t sell this hot dog for a buck fifty. We are losing our rear ends.” Sinegal’s response: “He said, ‘If you raise the price of the “effing’ hot dog, I will kill you. Figure it out.”

Just to be perfectly clear, a man worth over a $1 billion threatened to kill a man worth over $100 million over the price of a $1.50 hot dog. “That’s all I really needed,” Jelinek explained of his decision to keep the price of the deal the same—because when given the choice between your life or processed meat, you’re best to choose your life every single time.

The Future of Dining Out

The coronavirus pandemic is splitting the restaurant industry into big, well-funded chains like Chipotle Mexican Grill and Domino’s pizza who are gaining customers and adding stores while tens of thousands of local eateries go bust – I’m sure you can name several in your respective neighborhoods. Large operators generally have the advantages of more capital, more leverage or lease terms, more physical space, more geographic flexibility and prior experience in drive-through, carry out and delivery. 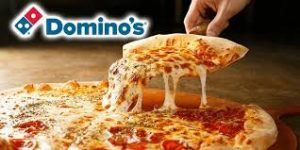 According to the report, the divide really surfaced this summer with Chipotle, Domino’s, Papa John’s and Wing stop all reporting triple or double digit store sales increases respectively. McDonald’s same-store sales rose 4.6% in the 3rd quarter with September showing its best monthly performance in nearly a decade.

Restaurants typically run on slim margins. Some 60,000 restaurants open an average year according to the National Restaurant Association and 50,000 close.

But the upheaval is the most profound in decades. The association predicts 100,000 restaurants will close this year. The sudden loss of many independent restaurants could permanently alter the landscape of American cities. Some chefs and restaurant operators fear the recent revival of down towns across the country will slip into reverse.

Starbucks, Dunkin’ Donuts, and Pizza Hut said they are planning to close 1500 stores between them in the next 18 months, strangely in the city of Santa Rosa where there were no Dunkin’ Donuts 18 months ago a 2nd is about to open.

Nick Kokonas, owner of the Chicago-based Alinea group of four high-end restaurants, has relied on a rotating to go menu to help keep his operations afloat; two of his restaurants made money last month, one broke even and one lost $100,000 he said he is considering closing some of them for the winter. After that we just don’t know Mr. Kokonas said. 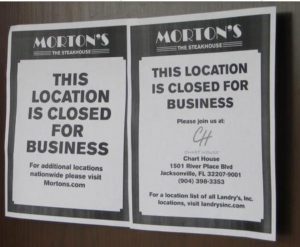 The pandemic has hit full-service restaurants such as steakhouses harder than fast food and other quick meal locations. Steakhouses say the old-time ambience preserved in their restaurants is tough to replicate away from their own dining rooms. A medium rare steak doesn’t travel well in the plastic delivery container. Steakhouses are testing new services hoping they will be enough to outlast the pandemic.

Related to the losses at big name steak houses is the experience of Andrew Zimmern. The noted Travel Channel chef says online videos he previously produced on cooking steaks and lobsters have gotten a big bump in traffic. “I fielded more questions on how to grill an expensive piece of meat in the last month than the last 10 years combined”, he said.

Again in Chicago, Brian Ahern, co-owner and executive chef of steakhouse Boeuhaus, said one of his biggest frustrations is that he can’t sell steak fries with his takeout’s.

“French fries to go suck,” he said. “If someone ever figures out a to-go box that would help fries stay crispy and fresh and not become steamed and soggy, they’ll be a millionaire.”

Restaurant Hospitality magazine puts out the call for the Best Sandwiches across America every year getting hundreds of responses with many being innovative as well as having the added advantage of traveling well for delivery and pickup.

There editorial team picked their favorites, representing what they see are trends. There were a lot of fried chicken sandwiches and many variations with pork.

I selected three from their list of 20 winners that appealed to me and in fact we were able to actually sample one. 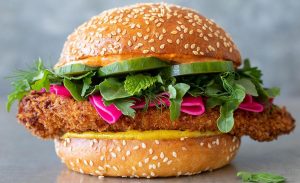 We in fact, were in Napa recently and Gott’s roadside is a necessary stop where they were conveniently serving this “Top 20” sandwich. The other member of the tasting panel tried the sandwich and thought it was “really good” and wants to know how to pickle turnips. With some trepidation, not caring for cucumber or turnips, I had a bite and thought it was fine but not for me. Gott’s and Taylor’s Refresher before it, are famous for great food and selling wine and beer by the glass at a drive-in. 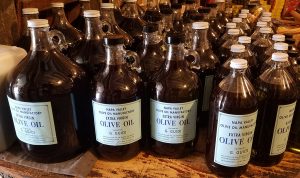 We attempted a two day visit in Napa to show our support as the fires and smoke had hit the northern portion quite hard, in fact our visit was cut to only a day as the cabins we were to stay in did not having power or hot water.

The day started at an Old Faithful geyser in Calistoga which is a prime example of the volcanic activities that created the area and provide soils for grape growing. It’s been too long since we got to stop at the Napa Olive Oil company a unique remnant of past farming located in upscale St. Helena; it’s truly not to be missed Italian market and great olive oil to boot. 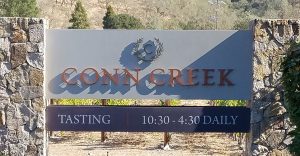 Spent the afternoon at Conn Creek winery where we tasted samples of four, $100 a bottle Cabernets from the region’s best known American Vinicultural Areas (AVA), quite a learning opportunity. 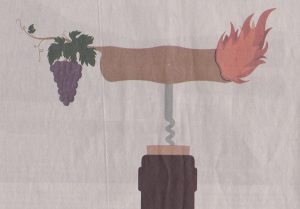 The Glass Fire erupted Sept. 27 in the hills above St. Helena, burned wineries and vineyards. It also halted the harvest and may prove to be the knockout punch for the 2020 vintage in both Napa and Sonoma. The fire that preceded it in August had already impacted the vintage, as smoke lingered over the region for weeks making the crop acutely susceptible to smoke taint. The Glass Fire further jeopardized the vintage, and quite a few wines will not be made this year as a result.

“It is one of the saddest years ever,” winemaker Phillipe Melka told Wine Spectator. “Usually, harvest is a happy time. We have very, very little hope.”

Pete Richmond, who farms grapes for dozens of top-tier Cabernet-focused wineries in Napa, says that of the roughly 800 acres his company manages, they typically harvest 3,500 tons annually, but this year, around 1,300 tons will go unpicked.

A Vineyard in Pope Valley was spared, but the vineyard owner ultimately determined that they would not be able to harvest grapes from its 500 acres. “We’re committed to producing only the very finest wines. 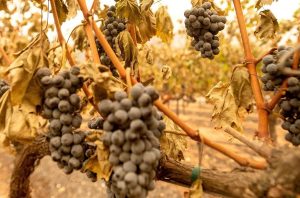 “Pretty much all of the [Napa] appellations have been affected—even Carneros, but a little less,” said Melka. He characterizes this year as one big scientific experiment gauging the effects of smoke taint. “We realized that we might have been OK after three, four or five [smoky] days. But after 10 days, there’s no question that there will be smoke damage.”

And finally another winemaker says its best summed up by the condition of his truck. The smoke from that wildfire was much more intense on the valley, despite the shorter exposure. “It reminded me of 2017: thick and bad smoke, the inside of my truck still smells.”

I must point out that good wine will be made in Napa and Sonoma this year, just not as much of it and the financial impact of that has yet to be determined.

My recipes for Thick Cut Pork Chops Grilled with Fennel Rub and my Classic Turkey Dressing are in fact right here, enjoy!