← So What To Do When a PR Lady Offers to Send Three Bottles of Wine?
Tasting Out of Town Wine in Town and Bad Biscuits → 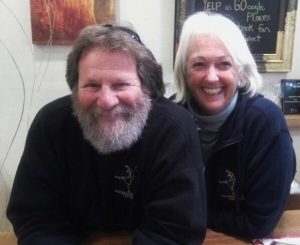 Wine maker David Cohen and his wife Priscilla produce award-winning, limited production Cabernet, Merlot, Pinot Noir and Zinfandel handcrafted from the grapes of Sonoma and Napa, the Russian River and the Dry Creek Valley in a bucolic setting of rural Sebastopol complete with custom cars, horses and a lovely vista.

Moondance Cellars is a bit off the beaten track and doesn’t exactly have flashing lights and a bunch of big signs in front of it telling you that you’re welcome to come in, in fact you have to call them from the driveway and get the secret pass code for the gate.

We in fact made our last visit there early in March and as it turned out David was the last winemaker we visited prior to “the troubles”.

Upon further conversation we find that Mr. Cohen was in fact born and raised in the far north side Chicago neighborhood of Rogers Park and lived there for 17 years until his family moved to Toronto where his father became involved in the plastic injection molding business and where David worked alongside him for many years and then ran the business for four years after his dad retired.

The family ended up in La Jolla near San Diego after they sold the business and David went into contracting work remodeling homes. In 1986 he got bored and went to visit his cousin Bruce who was, coincidently the manager of the Doobie Brothers, yes those Doobie Brothers and owned property near Glen Ellen just north of the city of Sonoma (we drive by all the time). David says that after he and Bruce talked for 20 minutes Bruce asked him to manage the ranch and to build a winery – David said it took him three seconds to say yes.

So in the summer of 1986 David jury rigged a winery and then crushed fruit that fall. Helen Turley (one of the many famous names David has met along the wine trail) who became a noted winemaker in her own right was the winemaker for cousin Bruce’s winery B.R. Cohn.  The winery went on to produce notable and award-winning wines that were in national distribution for a number of years.

Even with his background in engineering, electronics and construction David says he had no idea about what went where, “…so like where you do put the fruit in, but two months later I found out. The cab we made was picked as one of the top 100 wines in the world.”

He says he has a magnum of the ‘86 vintage wine and offered to open it with us when life returns to semi-normal even though we both agreed it’s probably no good by now but could be fun anyway. 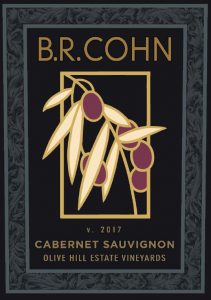 While his musical interests waned, he did provide the staging and facilities, an old truck bed and hay bales, for the first three of what became annual charity concerts held at the winery and drew upwards of 3,000 people each year.

“After working for Bruce for six years I put my arm around him and said that we should just be cousins. I started Moondance in ‘92 buying wine on the open market, blended it and bottled it to some success.”

David has run into a number of interesting people as he’s wended his way through the wine world. After starting Moondance Cellars he began a business relationship with Tommy Smothers, yes that Tommy Smothers, who had a winery in the Kenwood area where they and several others ran a tasting room operation for 13 years.

He tells me a story that Smother’s was sitting on a pile of ‘81 Cabernet trying to sell it at $45 a bottle, lots of money at that time, and the two of them were sitting around drinking wine and smoking pot and Tommy asked how he could move the wine along. “I tell him to drop the price to $10 and sign all the bottles – he did it and we blew it out even though the wine was in fact, not very good. We had a lot of good times together.” 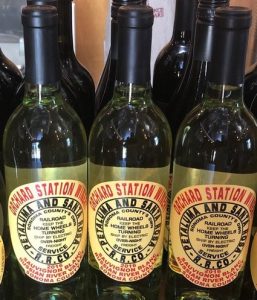 Cohen produces highly acclaimed Sauvignon Blanc (’18 – 94 points), Chardonnay, barrel fermented Cabernet and Pinot Noir as well as a Cuvée of Zinfandel and Petite Syrah. He remarks that he makes a really good Sauvignon Blanc (yes he does) but wife Priscilla favors the French style of Chardonnay (no butter or oak) so they started a second label for the whites, Orchard Station named after an old railroad stop that once ran through the property in the early 1900’s.

Today the Moondance label has cut back from a high of 15,000 cases a year and all of the headaches of national distribution, to around a 1,000 cases a year sold through the wine club and an on-site tasting room. “So far we’re fortunate to be holding our own during the virus situation and living off the wine club”, Cohen offers. “If you don’t have a wine club today you’re dead without tasting room sales”. 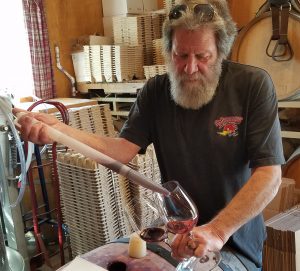 As to his style of wine making he states practically, “What we do is everything a big winery does but on a smaller scale”, he remarks, “90% of what’s in the bottle comes from the vineyard and there’s currently so much great fruit out there it’s not too hard. We produce wine according to our own palate and keep it simple – I just want to make good wine.”

And that he does 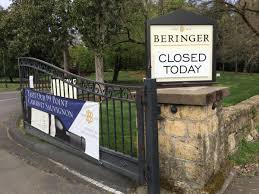 Wineries reported that during this period, sales in the tasting room were down 74.5%. A variety of new ways to sell wine were devised, and the survey reported that 84% of the respondents had used curbside wine pickup; 63% reduced shipping costs; 60% created special Direct-to-Consumer promotions; 54% made home deliveries by winery personnel; 53% had wine club special promotions; 28% held virtual wine tastings

Current combined loss: including both lost sales and unanticipated expenses, the average winery lost $51,201 during this time period.

Recovery time: If wineries are able to resume operations on June 1, the average winery said it would require about 18 weeks to return to normal business in terms of employees, visitors, sales and other factors.

Wine sales have actually been good at grocery and liquor stores that are open as people, just like you, stored up for what was anticipated as a short sort of party cuddle time that is now elongated with no real end in sight as of this date. 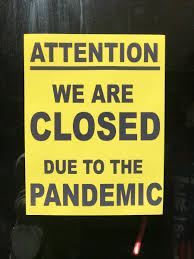 Two industry organizations have surveyed 1,400 independent restaurants about their experiences during the coronavirus pandemic. Only 1 in 5 independent restaurant owners in locked down cities are certain or somewhat certain that they would be able to come back after business operations resume.

The survey also revealed that nearly three in five restaurant operators said they could only survive between one week and one month more given the current economic climate and local lockdowns.

There is a $1 billion problem brewing

Dumping the unused ale in mass isn’t an option. Environmental regulations say large volumes of beer shouldn’t be poured down drains or into rivers because it can disturb the pH balance reduce oxygen in the water and produce an undesirable bacteria effect. Before deciding where the stale beer goes brewers or distributors must first access tens of thousands of lockdown venues, lift the heavy kegs out of cellars and safely balance trucks that may be carrying a mix of full and empty barrels. And it takes three times as many trucks to transport full kegs rather than empty ones.

An interesting sidelight is that brewers and other keg owners say they are also eager to quickly recover the containers, which cost between $100 – $120 apiece, in case they get tied up in bankruptcy proceedings.

Several brewers already have a strategy for how to handle expired beer. Samuel Adams is stepping up its practice of recapturing the ethanol for gasoline and Budweiser is sending expired beer to a nearby craft distiller to be turned into hand sanitizer.

My recipes for a Crustless Quiche with Bacon, Gouda, Spinach and Tomatoes, Salmon Pan Roasted with Soy Ginger Glaze and Potatoes Mashed with Scallions, Cheddar and Garlic are elsewhere on the site, enjoy!