← What Started Out Big is Better Small
Our Last Winemaker →

So What To Do When a PR Lady Offers to Send Three Bottles of Wine?

So I get an email from a woman with a public relations and marketing firm on the East Coast that represents a number of fairly big time wineries asking me if I would entertain receiving three bottles of wine from a winery not 20 minutes away from us in Sebastopol.

I’m at first reluctant thinking this may be some kind of scam but it turns out that they got my name from a list of people who attended the Oregon wine tasting I wrote about several months ago. So I figure that this is a fine subject for my next Woody’s Whine and you’re two paragraphs in. 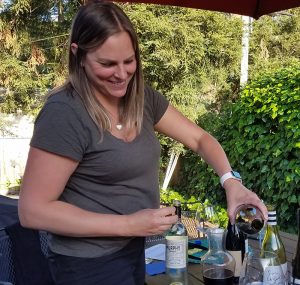 So the wine actually shows up and of course we’re now in the middle of this pandemic thing so getting others to join the tasting panel might be a challenge even though I figured we have the social distancing space on our back deck for two or three couples. Strangely enough only one of the three couples I invited could attend as the others had something else to do. The couple who did show up; our contractor and his lovely wife are also catering clients of mine. We had a lovely evening.

The Ron Rubin winery is headed by, you guessed it Ron Rubin who was studying vinicultural at UC Davis CA in 1971 right at the birth of the wine industry in California (I was a DJ and news director with WIDB at SIU) but in 1972 he returned to his family’s business, the Central Wholesale Liquor Co. in Mount Vernon, Illinois, yes that Mount Vernon in southern Illinois. I had hoped to speak with Rubin regards his Mount Vernon days but the PR lady says he doesn’t do interviews??

Anyway, after 22 years of the family business and selling over 3 million cases of Clearly Canadian Sparking Water he purchased The Republic of Tea Company and in 1994 he finally bought a winery and vineyards located in Sebastopol, Sonoma County, not 20 minutes west of us. Yet I must point out that this is the first time I’ve ever heard of or seen any Ron Rubin wines, even though I find that they are in national distribution. 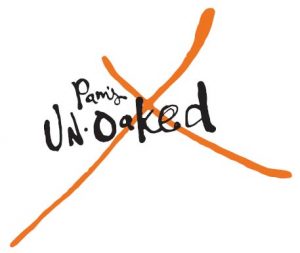 RR – With a touch of sweetness, this wine is just bursting with lingering flavors of juicy, ripe poached pears. (R-86)

TP – Fruit forward, getting all kinds of fruit, never had anything like this before (from an ABC drinker), a little buttery in the right kind of way it tastes fully of having gone through the malolactic fermentation, should be called all day Chardonnay, very drinkable, we are all impressed, no more than two glasses because of the strong buttery component.

RR – This Chardonnay is very balanced and approachable with crisp fruit flavors, hints of butter and oak (R 90)

TP – These are two completely different Chardonnays, it has more acid and is a tad more austere, Burgundian style, got a little caramel in there, I would love this with fish or seafood, we suggested that blending the two Chardonnay’s would be a good idea.

RR – Bright cherry, cranberry, and raspberry aromas with hints of dill, fennel, and

TP – Wine is earthy and somewhat more lean in the Burgundian style,  I wouldn’t have been able to identify as Pinot Noir as it has no depth of fruit and no peppery finish, could the grapes have been affected by smoke from the fires and been smoke tainted? (Winery notes claim all fruit was harvested before the fires).

No one from the tasting panel cared for the Pinot Noir and I never heard back regards questions about the malolactic fermentation or smoke taint.

But speaking of Chardonnay;

Tough to Find Reasonably Priced Chardonnay Even for a Pro 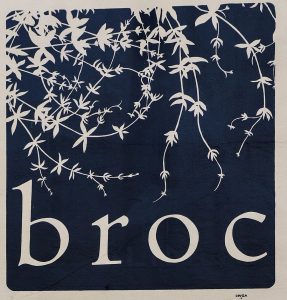 “There is nothing wrong with California Chardonnay it’s just what some people do to it that’s wrong,” states winemaker Chris Brockway of Brock Cellars and thus begins WSJ wine writer Lettie Teague’s less than satisfactory report on California Chardonnays. She thought Mr. Brockway’s Chardonnay was quite good BTW but couldn’t say the same for many others.

In a recent column she set out “…with fairly high hopes to survey California Chardonnays in the $12-$25 range having been told that many winemakers had dialed back the sweetness and overuse of oak promising fresher, brighter bottlings”.

She reports on a mixed bag of wines from large corporations and tiny family-owned proprietors, but makes a point of not naming any. While the former were largely formulaic, dosed heavily with oak chips and redolent of tropical fruit she was hoping that the smaller producers would show higher quality. “Instead”, Teague relates, “These wines tasted if the winemakers didn’t know quite what to do. One wine had fearsome levels of acidity amid a pallet of tropical fruit and a high alcoholic finish. Another had a chemical aroma I recognized it as a dead ringer for – Elmer’s glue.”

As one winemaker observed Chardonnay is in a malleable grape and all too easy to distort, it’s clearly tempted far too many winemakers to leave their mark through excessive oak or otherwise.

Teague’s guidance – “…to them I would suggest adopting a mantra credited to the architect Ludwig Van der Rohr: less is more.”

Three she liked and one I do:

From the Santa Rosa Press Democrat –

The coronavirus pandemic has closed 300 area wine tasting rooms that typically provide a steady cash flow for wineries and a big marketing draw disrupting the Sonoma County wine industry like no other event in memory. Worse than the effects of drought or wildfires, and even worse than President Donald Trump’s international trade wars, particularly with China, which has crushed U.S. wine exports to that nation as the Chinese retaliated with tariffs nearly doubling the cost of a bottle of California wine.

The wine sector contributes $57.6 billion to the California state economy, according to industry trade group Wine Institute. The U.S. has more than 10,000 wineries, 450 of them located in this county, producing $23.5 billion in total annual sales. Not all will survive beyond COVID-19. 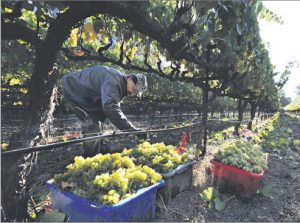 The wine industry is the main driver of the Sonoma County economy, employing an estimated 55,000 people (I’m one of them) before the coronavirus arrived nearly three months ago and generating billions of dollars a year in economic impact through tourism and many small and large events — many during the summer months and canceled this year.

“Nobody is going to get on a plane this year,” said Rob McMillan, executive vice president of Silicon Valley Bank’s wine division, noting tasting rooms should be prepared for customers who can drive from nearby or somewhere else in the state.

From the obscure and frivolous department

The Vivino Wine Style Awards are the culmination of scans and ratings from millions of wine consumers, not critics. This year’s awards are based on Vivino’s data from the 2019 calendar year.

Many wineries and restaurants in Sonoma and Napa have begun to re-open but with limited capacity and only outdoor seating.  In fact the tasting panel celebrated a 34th wedding anniversary at one of our long time favorites, Willies Wine Bar, on the 31st.

Note: As of 6/6/20 Sonoma County will allow restaurants, bars and wineries to open with social distancing practices in place. The county has had very low infections numbers in the hundreds and only four reported deaths.

My take on a recipe for BBQ Ribs with Apricot-Ancho Glaze and one for a famous potato salad are elsewhere on the site, enjoy!