Sorry, This Wine Advice Is Not Tax Deductible

Wines to open whether you’re celebrating or drowning your sorrows 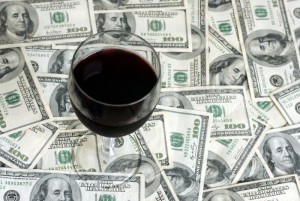 There are particular days of the year in which Americans indulge with gusto the need for a drink. New Year’s Eve and St. Patrick’s Day come to mind, but if ever there was a day that called for either celebration or drowning your sorrows, it’s Tax Day, April 17 this year.

I’m just getting around to working on my return—I wonder what I’ll be doing on Sunday—so I’m not sure whether I’ll be toasting victory or defeat. But I believe in being prepared, so I advise all wine lovers to have a good bottle ready no matter how things turn out. I have a few ideas for you, and since these wines are meant to be consumed for Tax Day, I’ve targeted current releases that don’t need cellaring.

If you’re expecting a fat check from Uncle Sam and you really want to think big, there’s always Bordeaux. My colleague James Molesworth has been reviewing the 2011s from Bordeaux recently and that certainly whets the appetite. You could splurge on Château Latour 2009 (99 points) at $1,600—yes, that’s per bottle—although you would hardly be settling for a second-growth like Château Pichon-Longueville Baron 2009 (95) for $140.

While the 2009s are surprisingly accessible for young Bordeaux, there are Napa Cabernet Sauvignons for even more immediate indulgences, like Staglin Rutherford 2008 (94, $185), or if you have a soft spot for California Pinot Noir like I do, I’d go for the graceful DuMol Pinot Noir Russian River Valley Estate 2009 (93, $84).

And it wouldn’t be much of a celebration without Champagne. I’ve been swooning for the Duval-Leroy Brut Champagne Femme 2000 (91, $120) since I tasted it at the 2011 Wine Experience. It’s rich and creamy but has racy acidity.

Sigh, but if history is an indicator, I won’t be in a festive mood when my tax return is completed, so I’m thinking I’ll feel broke and in need of a comfort, perhaps like some of you. Wine is a lot like food that way: Sometimes you’re in the mood for soup or a pot roast or maybe mom’s fried chicken.

Zinfandel is a comfort wine for me, and Ravenswood Vintners Blend Old Vine 2010 (87, $10) is just the sort of bottle I’d need. If you’re in the mood for a white, there are plenty of innocuous Pinot Grigios out there, but Castello Banfi Toscana Le Rime 2010 (88, $9) is not one of them.

With any luck my advice will be helpful. Sadly, it’s not tax deductible. What do you plan to uncork?