Tasted, Read and Drunk Along the Way

“Closed, tannic and gritty”, not a country and western band but one of several similar notes I made during the Bordeaux tasting event I attended earlier this year, concluding with, “The Pomerols (wine region) are hard as rocks and have no fruit”.

The grand ballroom at the Drake Hotel, site of the tasting, was only half filled as most Château’s chose not to make the trip – as you might imagine. That said the entire vintage is not a failure but you’re hard-pressed to find any of the classic red wine that you’d be looking for. I found a St. Émilion to be drinking well with lovely bright fruit and its price of $55 very reasonable. 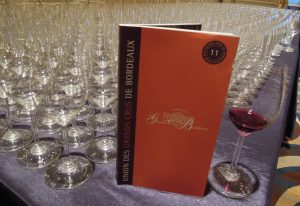 The true bottom line is the 2013 Bordeaux vintage tastes the least fabulous of all the recent vintages that I have been privileged to try and it’s not really their fault. Vineyards were damaged by cold weather in May, summer hailstorms, and rain and rot at harvest time, did I mention the hail? The grapes that survived were picked early and yielded the smallest harvest since 1991.

As a result the wine production in Bordeaux will drop 23 percent this year, to 543 million bottles and the top-ranked châteaux have cut prices for the 2013 vintage by more than 25 percent.

The following are snapshot ratings aging potential and brief harvesting notes from the Wine Spectator magazine for 2013 Bordeaux. I’ve never seen entire French vintages rated less than 90 points. My suggestion is to look back to the 2012 vintage and while also not great is certainly better, much more approachable and very affordable.

Throughout the morning, the judges diligently cleansed their palates with still and sparkling water, two types of bread, Graber olives and roast beef.

“The olives take the tannins away,” said Debra Del Fiorentino, whose company Wine Competition Management and Production manages all the competition logistics. “Roast beef lightens the tannins that build up on the back of your tongue.”

The preceding note was part of a larger article reporting on a big tasting of North Coast Sonoma wines in the Santa Rosa Press Democrat. 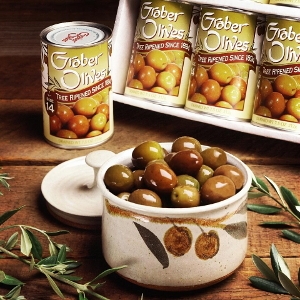 I will admit that while I often see olives along with many cheeses and cured meats as well as crackers and bread I’ve never see just olives and roast beef on tasting tables, but it sounds like a good, practical idea – I’ll have to try it.

“Graber Olives: meaty, with a superb nutlike flavor. The natural full ripeness and flavor have been preserved by selecting and carefully processing only the fully tree-ripened fruit.” -Graber Web site

Vineyard acreage declined slightly across much of the North Coast in 2015 for the second consecutive year, with dips in Sonoma, Napa and Mendocino counties offset by robust growth in Lake County, according to recent reports.

Lake County, where grape prices and vineyard development costs are far lower than in Napa and Sonoma, increased the amount of land planted in grapes by nearly 8 percent. The county’s growers added 672 new acres of vineyards last year, bringing the total to 9,454 acres.

The increase has been driven by a steady climb in prices that wineries throughout the North Coast have been willing to pay for Lake County grapes, said Debra Somerfield, president of the Lake County Winegrape Commission.

“These are brands that are looking for high-quality fruit. Lake County delivers that in spades,” Somerfield said.

Lake County overtook Mendocino County in 2014, and today is third behind Napa and Sonoma. It should be noted that while fears are not rampant global warming may at some point, have an adverse heat effect on Napa and Sonoma, and Lake County’s northerly location may bode well for it in the future.

Reds do exceptionally well in the region’s volcanic soils and some winemakers are blending them with Sonoma County fruit, such as Cabernet Sauvignon to help keep the prices reasonable.

As we learn more about the science of food we find that salt is an integral part of the cooking and preserving process that has been going on for thousands of years. Yes too much salt can obviously be bad for you but knowing how and when to use it is only delicious.

The Basque Country in the western Pyrenees spanning the border between France and Spain on the Atlantic coast has a rich history of rebellion and of lovely food and wine.

The practice of curing is as old as the Basque seafaring tradition. Explorers, traders and fishermen salted and air-dried ham and cod to preserve them for long journeys. In their kitchens, salting is more than seasoning; it’s a crucial technique. 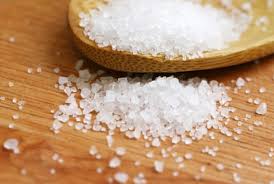 Salt is used to draw the water out of meat, fish, and vegetables and tightens and tightens them up. The process also concentrates the flavors of proteins and allows for better browning. Done right, these techniques don’t make dishes overly salty; rather, the salt amplifies the taste of the other ingredients. I will attest to that fact as I have a lovely roasted potato recipe that calls for heavily salting potato wedges and allowing to the sit in a drainer for an hour removing the moisture resulting in faster browning.

It is a bit of salt science that I’ve mentioned before especially related to turkeys, that brining meats penetrates the inside of dense proteins so they are seasoned both inside and out.

Do be clever though with your salt selections and don’t exchange table salt for kosher salt which is twice the strength.

With salt of course

That’s my whine…and I could be wrong