We Taste A Top Ten Value Wine, Wine Drinkers Aren’t Getting Any Younger, The Cost of Wine Hasn’t Gone up But The Price of The Bottle Has, Sort of, Coca-Cola Remakes Fresca Into An Adult Beverage & More

In this month’s edition I’ll share our tasting of a top rated wine, the problems facing the wine industry with an aging market place, problems with the supply of wine bottles and the weaponizing of Fresca of all things and of course some other tasty stuff. Enjoy!

Two days after the Wine Spectator magazine named the 2019 Seghesio Sonoma Zinfandel one of the top 10 wine values of 2021 wine we were there.

We’ve never had the chance to do this before so it was sort of a thrill to read the announcement on January 12th and to be at the winery in Healdsburg two days later sampling the award winner – because we could!

If you’re a regular Zin drinker you’ve seen the label in wine stores and super markets as this is their “cash” wine from vineyards in the top Sonoma county regions of Alexander and Dry Creek Valleys. Around 100,000 cases of Zin are produced from lots harvested from some 800 acres of winery and grower owned vineyards.

list of ten selections”, shares Tony Sciuilo VIP Liaison at Seghesio Family Vineyards. “He (Andy) had a smile on his face the entire week as he told all of us about getting the ranking.” Sciuilo explained further, “It’s our most popular wine made from a beautiful blend of younger vine fruit with a little petite Syrah in it. It’s a really is a good expression of the kind of Zinfandel that we make at a good price point ($12-18)”.

He expressed, “We want people to try the Sonoma Zinfandel at their local store or at a restaurant and we hope that creates some wonder about what other types of wine we make.

I also want to mention our tasting room host Katherine who did a fine job of presenting a very tasty sampling of other vineyard designated Zins. Ask for her if you visit the winery.

Four generations of Seghesios have been growing grapes and making wine from the Alexander and Dry Creek valleys in northern Sonoma County and have transformed the winery from a jug-wine factory into one of California’s elite Zinfandel specialists.

The Silicon Valley Bank (SVB) released its closely watched State of the Wine Industry report for 2022 in January flagging a number of structural challenges facing the (wine) business moving forward. Chief among those hurdles is the declining adoption of wine by younger consumers, who have been more enthusiastic about spirits, seltzers, and low and no-alcohol offerings. While the baby boom generation continues to favor higher price points in wine, overall category demand will wane looking ahead due to this shortfall of younger drinkers, the report found.

Perhaps more ominously, SVB issued a warning about the future of the restaurant channel for wine. “The restaurant industry will continue to decline as a sales channel for wine due to overpricing on the menu and consumers (not baby boomers) who value other alcoholic beverages over wine,” it stated. “Restaurants will find that wine is not in demand at the prices charged and that maintaining deep stocks of wine is not worth the cost.”  This will probably cause a spiral effect on the quality of wine lists as owners stock less of the better bottles and more generic and cheaper ones that many of us won’t buy and round and round. I predict a big increase in the payment of corkage fees to be able to BYO.

On the more positive side, SVB predicts ongoing growth for wineries in the e-commerce space, with online sales expected to improve on their current share of 9% of an average winery’s sales. The supply chain issues that have complicated operations for players at all levels of the business are expected to moderate over the course of this year, the report added, while inflation is likely to pressure wine sellers across the market to raise prices in the coming year.

Some related statics that further explain the issues:

What would you bring to a party to share?

To my sense of importance here is a most telling reveal; the wine industry spends $90 million a year on media, ever seen a wine commercial on TV and the beer industry spends…$1.4 billion! That’s going to have to change for wine to remain relevant into the future.

California winemakers say they are grappling with a glass crisis that has sent the price of bottles shooting up, raising fears that they’ll have to increase costs for consumers. The challenges began in 2019, when the Trump administration imposed tariffs on scores of Chinese goods including glass bottles, which now have an 18% duty.

The strategy to get more companies to buy American glass worked, but it raised domestic prices and competition, and forced some wine makers to use a Chinese alternative, paying the duty.

Global port congestion, the Suez Canal blockage and the lack of transportation workers due to COVID-19 also caused headaches and raised prices.

In that Silicon Valley Bank wine industry survey 76% of wineries said that glass was difficult to find in 2021, by far the most of any material.

Anthony Beckman, a winemaker at Balletto Vineyards in Santa Rosa, has seen glass prices rise 40% to 60% in the past year and is now paying $14 to $18 for a case of a dozen bottles. The winery distributes 25,000 cases a year – I did the math for you that’s $450,000. I found this example to be on the rather high side by the way, another wine maker’s costs only went up $6.00 per case.

Business has been good and sales are above 2019 levels, but Beckman fears that the higher packaging costs may force wine price increases this year.

But not so fast says the Glass Packaging Institute –

The winemakers’ pain is because of supply chain congestion, which has snarled the delivery of everything from clothing to food to semiconductors, not because of a shortage in glass, said Scott Defife, president of the industry group for container manufacturers and suppliers. 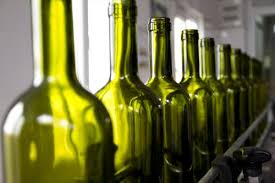 “This new issue is almost entirely a logistics thing. Not a shortage, it’s a backlog. North American production is fine. It’s tight and it’s heavy, but it’s fine,” he said. “This is all about unfilled imports.”

Imports account for 20% to 25% of the North American market and China had been the largest supplier for a few years, but deliveries shifted due to the Trumps tariffs.

In his remarks to Unified Wine & Grape Symposium in January, DeFife stated that: “A glass shortage is not an accurate description of the current state of the market. We understand some end-market customers may have issues with getting bottle stock, but that is not a “glass shortage”.

“Domestic glass suppliers have not run out of excess inventory,” DeFife said, “nor is there any shortage of raw materials to make glass. All materials needed to manufacture glass in North America can be sourced in North America.

Taking my second lest favorite Coke product Fresca, with Tab being my really least favorite, Constellation Brands has struck a deal with Coca-Cola to target the booming premixed cocktail category through the latter’s Fresca brand. Under the agreement, Constellation will produce, market, distribute, and launch Fresca Mixed, a new line of spirit-based, ready-to-drink cocktails.

Fresca is currently the fastest growing soft drink trademark in the Coca-Cola Company’s U.S. portfolio and is used as a cocktail mixer, a soft drink, and a zero-calorie, zero-sugar sparkling soda water. Constellation’s Fresca Mixed premixed cocktails are expected to roll out this year. The alliance furthers a trend of blurring lines across the drinks business, in which Molson Coors is partnered with Coca-Cola on the Topo Chico hard seltzer brand, Boston Beer has aligned with PepsiCo to produce Hard Mtn Dew, and Beam Suntory has agreed to collaborate with Boston Beer on the Truly and Sauza brands.

The Cheese Lady at Whole Foods

I wanted to share this interesting whole page feature from a recent issue of the Wine Spectator about the global cheese buyer for Whole Foods, Cathy Strange and how she revolutionized the grocer’s selections and brought artisan picks from local producers to the local Whole Food stores and noted that their top store in Texas carries 1,600 selections but most average at least 400.

Strange was working at a local store in her hometown of Chapel Hill, N. C., when it was acquired by Whole Foods in 1992. She went along for the ride, as the company grew from 11 stores to more than 500, with annual sales topping $16 billion.

“People forget what the artisan cheese world was like in 2000,” says Mike Koch of Maryland’s Firefly Farms. “The idea that Whole Foods could buy independently from local producers like us was revolutionary.”

In 1998, she was promoted to Global Cheese Buyer. Over the next 15 years she became arguably the most influential American buyer in all of fine cheese. In 2019, according to the Specialty Food Association, Whole Foods’ yearly cheese sales hit $425 million. But that scale hasn’t deterred Strange from championing the little guys; no producer is too small or local for consideration. This April she debuted Deer Creek Cheddars, aged 18 and 36 months, from Wisconsin’s Artisan Exchange.

Strange cold-calls at least one of the 1,500-odd WFM cheese mongers per week: “I ask them, ‘What are you tasting? What are you inspired by?’ ” She also supplies feedback and encouragement to cheesemakers: “In December, we had some Rush Creek Reserves in-store and they had that brothy savoriness that’s a unique aspect of the milk. So I called [cheesemaker] Andy [Hatch] to let him know we really liked the way this lot was tasting.” 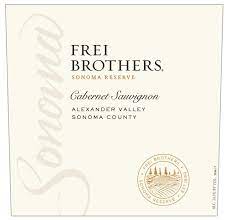 202o McManis Family Junction Estate Chardonnay -$9 A nice step up from their value bottles. We visited with the McManis family some years ago on one of our trips from Chicago

2019 Michael David Freakshow Zin from Lodi – $15 Interviewed and had lunch with Michael when we visited three years ago.

A recipe, Sunday Sauce from the Seghesio folks to match with their Sonoma Zinfandel and Chicken Roasted with Rosemary and Garlic are just a click away.