← What Does that Bottle Cost? Depends on Where You Live and Who Your Retailer Knows
Raves From a Special Bordeaux Vintage and Two Valentines Recipes →

Wine by Land and Water

This edition of the whine offers an interesting contrast of two noted local winemakers; one who uses the land in his approach to winemaking and one who I jokingly observe is making wine from water. I’ll share some notes on slow growth in the fast food industry especially in the burger chains and the two major winners who don’t sell burgers at all and a survey that shows Costco beating Amazon in costumer approval.

It was my good fortune or simply dumb luck to have recently met and interviewed two noted Sonoma County winemakers. In a unique twist each of them arrived here some years ago for a short-term harvest assignment and as fate would have it, met their future partners and stayed. 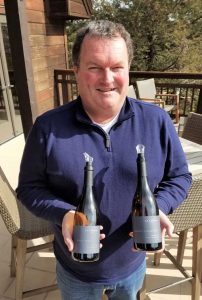 Craig McAllister is the head winemaker at La Crema, a family owned estate winery based in the Russian River region. We met by complete accident, seated next to Craig and his family at a surprise birthday party for a good friend of ours. I took note of his “down under accent” and incorrectly guessed Australian when in fact he’s from New Zealand so I asked if he was in the wine business. We were happy to take him up on his offer to visit him at the winery.

“The beauty of the winemaking industry is that you can cross the equator several times a year to find work. I had a friend working at La Crema in ‘07 who invited me to come work the harvest,” McAllister explained, “and I met my wife while I was here during that short time, funny thing, the friends gone but I’m still here, so that worked out pretty well for me!”

McAllister brought a lot of knowledge from New Zealand where he learned winemaking especially regards Pinot Noir and Chardonnay as well as time spent in the Hunter Valley region of Australia and in Chile and Cyprus.

How does he fashion wines to match with food – 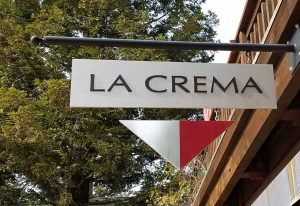 “Chardonnay and Pinot Noir are fairly food friendly varietals in the first place, so we try to make the best wines to pair with a variety of foods”, he stated.  “And we do that by using the six or seven distinct areas that we grow and purchase grapes from that are in cooler climates offering us good acid to start with”.

“We use grapes from vineyards and growers ranging from Oregon to Monterey and we must spend time in those vineyards making picking decisions, to be tasting and to be aware of what’s going on in the vineyard”. He explained further, “Then we have a literal spice rack (to choose from) of types of barrels, picking decisions and ripeness to work with so our challenge is making wines that will stand up to a raft of different types of foods”. Note here; McAllister is talking about soils and growing locations and then winemaking without a word about rain or the lack of it, to influence grape growing. 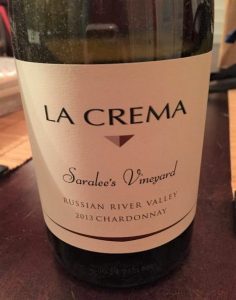 Even though all of La Crema’s Chardonnays are barrel fermented they still look to assist the growing season by checking for structure and ripeness at harvest.

“There’s no tried or true method from one year to another”, McAllister explains, “It’s that empirical experience that we have so we know that 30% new oak might be good for the Russian River, but it might not always be right somewhere else.

He explained further that all of La Crema’s Chardonnays are barrel fermented and in the case of the RRV as well the single vineyard Chardonnays, its 100% barrel fermented-it’s the new oak % that varies from wine to wine. We use a small amount (<10%) of tank fermentation for our Sonoma Coast and Monterey Chardonnays to provide a touch of brightness and lift to the wine.

Be assured that with all this talk of oak, McAllister assured me, “We don’t want oak to be a dominant feature, for me it showcasing the fruit and having the oak to support it and then we adjust the blends accordingly – we let the wine tell us when it’s right”. And from what we tasted he’s listening to the wines. 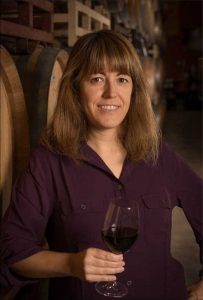 Montse Reece is the head winemaker at Pedroncelli, a family winery farming predominantly Zinfandel in the Dry Creek Valley for 90 years; she is from Tarragona in Spain, a port city just south Barcelona and not far from the Cava (sparkling wine) producing region. In 1998 she worked a harvest in Sonoma with Spanish sparkling wine producer Gloria Ferrer and she too met her husband and has been here ever since, some 21 years, sound familiar?

I took note of some of her comments posted on the winery’s website and when I finally had a chance to interview her on the phone and asked her why most of her remarks are based around rain or lack of it that we get here in Northern California. Her response was very clear and to the point. “Zinfandel tells the story of every vintage”, she said, The wine, as it’s poured into the glass and tasted, reflects what happened in the particular year from the growing season to the harvest season with the challenges and opportunities each one brings”. 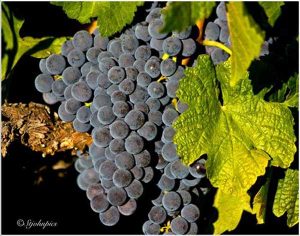 “Unlike Cabernet, Zinfandel has a very thin skin and heat and water have a greater effect she explained, so in a year with rain it’s going to produce more plump berries that will affect the flavors and aromas of the wine. Zinfandel tells the story of weather in every vintage; 2015 was a drought year and the Zinfandel was more concentrated as there were smaller clusters with concentrated flavors; 2016 with rain was different big plump berries with more fruit flavors and acid that gives the wine longer aging potential and makes it a better wine to match with food.

I know that vines are dormant this time of year but I had to ask her about the potential effect of the record rains that we’ve had in the past few weeks and she confirmed my understanding that there was no immediate effect but the amount of water would in fact bring more nutrients to the roots.

2015 – (drought) “Mild acids, round tannins and high intensity of color and flavors dominate in this vintage.”

2016 – (rain) “Excellent quality, high intensity of aromas and bright acids, while less concentrated, gained the development from a good amount of rain, an even growing season and the resulting wines reflect great character and depth of fruit”.

2017 – (Rain and heat at end of harvest) “Rains during winter and the growing season helped restore the normal acid levels in the grapes. The wine’s character in Montse’s words is “deep aromatics, soft tannins and high acidity”.

And just a note or two to finalize the contrast of the two winemakers, you’ll see that Montse never once mentions soils or hillside slopes or the amount of French oak used in aging. Yet each of the winemakers produces excellent products with two very different approaches on how they get there. I look forward to her offer to visit and taste the vintages and see how she made water into wine.

Oh she suggested that a more appropriate title for her interview would be “Wine by Weather” – point taken but I’m sticking with the “Wine from Water”, it’s a grabber.

From on line reports

It’s difficult to judge an entire sector based on one quarter’s performance, but those results capped off a year that was surprisingly challenging for the traditional fast-food burger chains. And a lot of that business appears to be going to two players in particular: Taco Bell and Chick-fil-A.

Taco Bell spent most of its time trying to compete in the meal value space. The chain spent much of 2018 working heavily to solidify its value message—routinely testing new products to price at $1 to lure its young, value-oriented customer base. 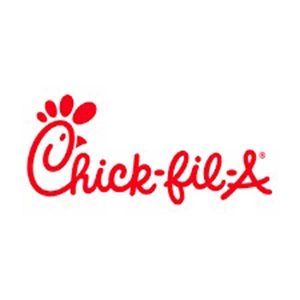 Chick-fil-A, by contrast, strenuously avoids the value game. Its average ticket is higher than any of these chains, and it focuses instead on customer service, speed and simplicity. It’s amazing what a chain can do when it has a strong reputation for those things. (I’m a big fan and can’t agree more)

It helps that consumers are showing a lot of love for both chicken and Mexican food. They are two of the strongest performing sub-segments in the fast-food space. Or maybe they simply did a better job last year connecting with their consumers. (My emphasis)

Costco has knocked Amazon of the top spot as the US’s favorite online retailer and breweries have become the category consumers are most content with.

The American Consumer Satisfaction Index (ACSI), which benchmarks customer satisfaction across multiple categories across the US economy, found the membership-based warehouse beat the online giant by one point in its first entry in the list, clocking up 83 points, ahead of Amazon’s 82 (out of 100).

It also posted its best growth performance in four years, the ACSI pointed out.

“Costco is the value leader among online retailers and its Kirkland brand may be part of the reason why; Kirkland manufactures quality products at low cost, which helps keep competing brand prices low,” it said.

The survey also found that breweries were the most popular category of all, scoring a score of 85, ahead of internet shopping (80) and supermarkets (78). ABInbev (Budweiser) was the brewery which won the highest score, ahead of Molson Coors, in the second spot.

Best quote of the month by a winemaker: “I love making wine. The hard part is selling it.”

Look for a recipe from each of the wineries elsewhere on the site: