← Tasting Out of Town Wine in Town and Bad Biscuits
Wine, Wine Everywhere – But Not So Great Chicken Sandwich News →

You May be Jarred by My Tomato Sauce Review

I realize this statement may cause shock and turned up noses when I suggest that I often use a jared tomato sauce when a recipe only calls for a cup or two as a base for building a more complicated recipe. I usually grab whatever is on sale as I know I will be improving it during the cooking process.

Brought home a jar of sauce the other day that the other member of the tasting panel found wanting so I suggested that we have a taste off of several popular store brands. We tried each sauce as it came from the bottle and then mixed in some hot pasta – it didn’t take long to pick a winner.

To finish our tasting I added some previously browned ground beef and along with Parmesan cheese that created a tasty bite for a simple weeknight meal. The sauce works well as a great base and gets better as you add to it.

The Not So Fast Falling Price of CA. Wine – While the price of wine grapes plummeted 20 to 40% last year current wine prices haven’t fallen in mass anywhere across the board as had been predicted. So I checked in with some people that are supposed to know these things.

The industry people I spoke to the other day all agreed there may be a year’s delay before we see any big changes in pricing. The real deal then at that point will be to discover seconds or blends made from the high-quality grapes that there isn’t enough space for, I’ll be watching out for those two.\ 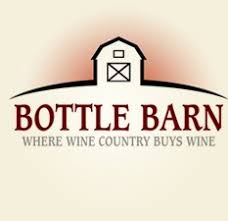 In Santa Rosa the Bottle Barn is located cleverly enough in a warehouse district on the west side of town with its environment reflecting its location.

Wine Director Barry Herbst says there’s a lot of deals out there and in fact they are doing two private labels as a result of those deals. He agrees that the trick will be to discover the second label bottles as product trickles down.

Jeff Sukowski, wine director for Famous Liquors with two locations in west suburban Chicago tells me that he has not seen any immediate decline in wine pricing as a result of California’s overproduction and in fact says there’s not even any word out on the street at this time, but he anticipates that the situation will change within the next 12 months. 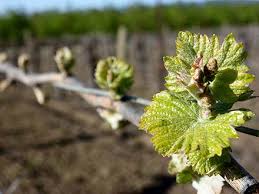 Sukowski’s thoughts are echoed by a sales rep for a large Chicago distributor who says it will take some time for the wineries and wine brokers to figure out just how much and of what is out there and available at what price and who wants to take advantage of it and agrees with the years’ timeline for any kind of big price reductions but suggests in the meantime, not to be surprised if you see labels at a Costco that you never heard of before at highly discounted prices.

Oh and we had an early bud break this fourth week of February due, strangely enough to a lack of rain and a lot of sunshine. No one quite agrees if this is a good or bad thing and it’s only a bad thing if we were to get strangely cold weather or a freeze sometime in March.

(Springfield, IL 2/27/20)—Consumers across Illinois and the National Association of Wine Retailers (NAWR) applauded the introduction of Senate Bill 3830, a bill that will finally allow Illinois consumers to receive shipments of wine from out-of-state wine retailers and wine clubs. Sponsored by Senator Sara Feigenholtz (D) the bill is a response to the protectionist and anti-consumer ban on consumers receiving wine shipments from out-of-state retailers and wine clubs.

You should hope for and encourage the Illinois Legislature to take positive action and this pass this bill.

Introduced in August at Popeye’s’ nearly 2,500 domestic locations, this seemingly simple sandwich of battered chicken breast on a buttered, toasted brioche bun with two pickles and a choice of mayonnaise or spicy Cajun spread shattered expectations and created social media battles with other chicken chains. Despite supply hiccups, the new item drove same-store sales growth of 34.4% for the fourth quarter of 2019.

As I suggested in the last edition of Woody’s Whine breakfast menus will be the next point of contention in the world of fast food. Here’s a brief review of the new Wendy’s Breakfast Baconator from a published report. 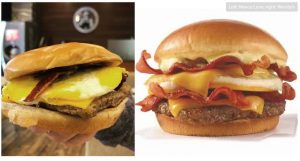 A large chunk of Wendy’s pre-launch marketing has centered on the Breakfast Baconator, shown. It contains a square breakfast sausage — a nod to the square beef patties found at Wendy’s. The sausage is topped with American cheese, bacon, a freshly cracked and cooked egg, cheese and Swiss cheese sauce. Wendy’s says it is served on a “warm breakfast roll” though it tasted and looked more like a hamburger-style bun. The sandwich price is $4.29.

The sloppy appearance of the tested sandwich on the left to the art directed photo on the right appears to be all about lack of local store execution vs. the Wendy’s marketing department and a food stylist. I’ve found this issue every time we’ve done a sandwich review, speed of prep overtakes the look and often the taste of the final product.

From a Wine Spectator magazine interview with musician Huey Lewis –

When asked to describe the difference between Bordeaux and Napa Cabernets Lewis, whose step mother is a wine importer responded,  “the truth is, they’re just different; there’s no better or worse that’s what we get screwed up it’s like music I always use food as a metaphor for music. “What kind of music do you like? Well there’s foie gras and then there’s a cheeseburger, and you know, they’re both relevant.  There’s a time for a cheeseburger and there’s time for foie gras.

I should do T-Shirts.

That my Whine and I could be wrong…

My take on a recipe for tasty pork tenderloin with mashed potatoes and cheddar cheese is elsewhere on the site, enjoy!