Greetings all and hope you’re “shot up” so to speak, good news is we both will be when you read this, bad news is that major wine and food events are still being postponed so it’s tough to report on in-person tasting events, but there’s lots of news in the wine and beer world that I will past along, oh and chicken sandwich news too, enjoy. 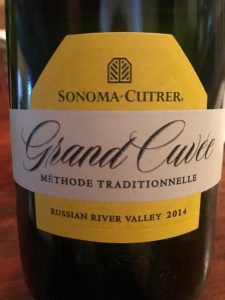 For the first time in its history, The Santa Rosa Press Democrat’s North Coast Wine Challenge awarded its top prize to a sparkling wine. The Best of the Best award went to the Sonoma-Cutrer 2014 Grand Cuvée, Russian River Valley, a blend of 60% chardonnay and 40% pinot noir, $43. It was the first sparkling wine vintage ever to be released by Sonoma-Cutrer. 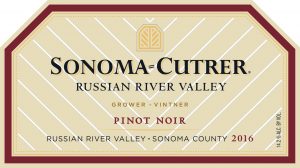 “The cool thing in this year’s competition is that no one has taken two sweepstakes awards before,” Schroeter said. “I couldn’t wipe the smile off my face. … It’s so wonderful to win locally. There’s nothing better than winning in your own backyard.”

Sad news is that with a small production it seems no one has had a chance to taste the wine besides the judges and their wine club members. Both wines are quite reasonably priced.

You folks must be thirsty.

For the first time ever, the value of beer imported into the United States was greater in 2020 than the value for wine.
Beer used to come from a variety of countries. In 2020, Mexico accounted for a record 72.27% of all U.S. beer imports during a record year for all beer imports, which totaled $5.75 billion.

Most of that beer comes from a massive brewing operation outside Piedras Negras, Mexico, across the Rio Grande from Eagle Pass, Texas. Brewed there are brands such as Corona, Pacifico, Victoria and various Modelo-branded beers. Ironically, the beers brewed there are distributed in the United States by a Chicago-based multinational, Continental Brands. 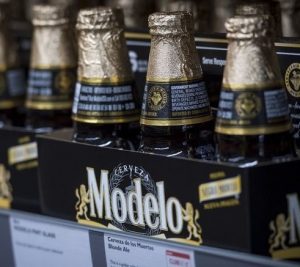 This growth has come at the expense of the Netherlands, which was the top source until surpassed by Mexico in 1999. They still accounted for more than 30% of the market until 2006, currently down to half that at 14.06%. Transportation costs are the major source of the market issues. Then there’s wine.
Unlike beer, wine suffered after Trump – imposed tariffs caused imports of wine to plummet more than 24% for four consecutive months — in April, May, June and July.

US Wine Sales Set to Skyrocket

Strap yourselves in, US wine industry, because you’re on a rocket ship that’s about to blast off. That’s the prediction from industry analyst Rob McMillan, and it’s notable because McMillan has become best known in recent years for his gloomy long-term forecasts for wine. But now, McMillan, executive vice president of Silicon Valley Bank’s wine division, said he expects wine sales to skyrocket over the next 12 to 18 months, with growth rates the industry hasn’t seen in decades.

McMillan said the next 18 months will be filled with events where wine is traditionally considered more appropriate than spirits or beer – in particular, weddings, which are often held at wineries.

“Call around to a catering or wedding event space. Ask them what it looks for their availability,” McMillan said. “You’re going to find they’re packed”

One of the interesting things people aren’t tracking enough right now is employment,” McMillan said. I had one (winery) client who said he can’t find anyone, he’s going to go into Whole Foods next and offer the bag clerk $25 an hour.

As related in a previous “Whine” the Gallo folks are offering South Carolina legislators a $400 million investment slated to create at least 300 new jobs and give the wine giant a retail outpost on the East Coast featuring up to four tasting rooms and a huge bottling facility.

Gallo found the existing wine laws within the state to be “very ambiguously written”. Chester County, where a tasting room is slated to open in the town of Fort Lawn, is one of the poorest counties in the state and in deciding to open there, Gallo “choose wisely”.
You may wonder why Gallo might not have gone after a higher-value market like New York, the store owner joked that since “you are talking about people from Modesto, they might be more comfortable in South Carolina than New York”.

Many local retailers are not happy about Gallo’s move as the winery’s tasting rooms are likely to take both visitation and sales away from them. If Gallo enters the market it “is going to be a direct competitor in the state of South Carolina with myself and anyone else who sells Gallo wine”, says Charles Sonnenberg, Frugal MacDoogal’s owner.

Once Gallo makes inroads into the state, “they are going to use social media and saturate South Carolina and everywhere else with direct wine shipments”. The move will be a complete violation of the three-tier (wine distribution) system.

And why you ask do I care about Gallo in South Carolina, I’ve got readers there, “y’all” say hi to Kathy and Pat.

Chicago’s large Italian population brought many tasty foods with them from the old country and one that has become unique to Chicago is the vegetable sauce known as Giardiniera. (Say it with me, “jar-din-air-ah.”) It’s the quintessential Chicago condiment, one that’s as brazen and boisterous as the city itself.

This fiery mix contains some combination of pickled chiles, celery, cauliflower, carrots and olives submerged in oil. Like an edible exclamation point, giardiniera adds instant heat, crunch and acid to many iconic foods, including Italian beefs and subs. 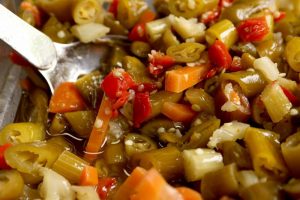 According to Jim Graziano, owner of J.P. Graziano Grocery Co., an Italian import company that’s been in business in the West Loop since 1937, giardiniera is the Italian way of preserving vegetables from the garden. Also around that time V. Formusa Co., maker of the best-selling giardiniera brand, Marconi, opened. They make giardiniera under a number of different brands and also make all the giardiniera for the Portillo’s chain, teaser alert.

Using vinegar versus oil makes a huge difference in the finished product. “When it’s packed in vinegar, it’s an antipasti thing,” says Graziano, best served with sliced charcuterie, olives or cheese. Graziano thinks of the Chicago-style giardiniera as more of a condiment.
Giardiniera really became famous when it became the “perfect accompaniment” for Chicago’s Italian beef sandwiches.

J.P. Graziano’s house-brand giardiniera includes olives as Jim Graziano readily admits he loves the flavor they add to the jar. The shop’s recipe dates to at least the 1950s, when a woman named Deanna made all of the Giardiniera in the basement at her house in Cicero. “The Graziano family purchased the recipe when she retired and now has the giardiniera made to the original specifications by a company in Ripon, Wis.

“In the past 10 years, it’s gone from a really niche Chicago thing to a national one,” says Jeff Johnson, who estimates that V. Formusa sells around a million pounds of giardiniera a year. Jim Graziano says that in recent years, giardiniera sales have accounted for 80 percent of his out-of-town orders. “People in other cities go nuts for it, because they haven’t had anything like it,” he says. And yes the other member of the tasting panel is a HUGE pickles, peppers and giardiniera fan and what she finds out here is not to her liking so I had an outfit in Bolingbrook send a case a year ago but I think we’ll try a new source based on what I’ve learned. 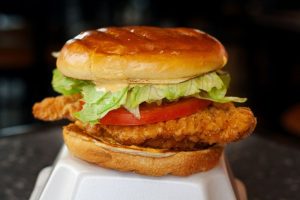 The reviewer agrees with me about the lettuce and tomato issue stating that, “I do wish Portillo’s would have learned from the success of Popeyes and Chick-fil-A and replaced the lettuce and tomato with some thick-cut pickles”.
Portillo’s has been very clever using demographics to largely followed Chicago visitors and expats into new markets where Chicago resides visit, move or retire (Indiana, Wisconsin, Florida, Arizona, California and soon Minnesota).
“We align our new stores where there’s already some brand awareness,” according to Portillo’s CEO Keith Kinsey “We see who is ordering and having it shipped to them. You keep building the analog bigger.

Of course we haven’t had a chance to try the new sandwich but even with the new sauce, the Tribune reviewer only rated it 11 out of 25 sandwiches.

You’ll notice that there’s just a “bite” of meatloaf in the recipe photo cause that’s all that was left. It’s a different take without Ketchup or BBQ sauce.

The pasta uses tubes rather than strands and makes the dish easier to finish.

My recipes for Italian Meatloaf with Ricotta and Pasta Carbonara-ish are in fact right here, enjoy!